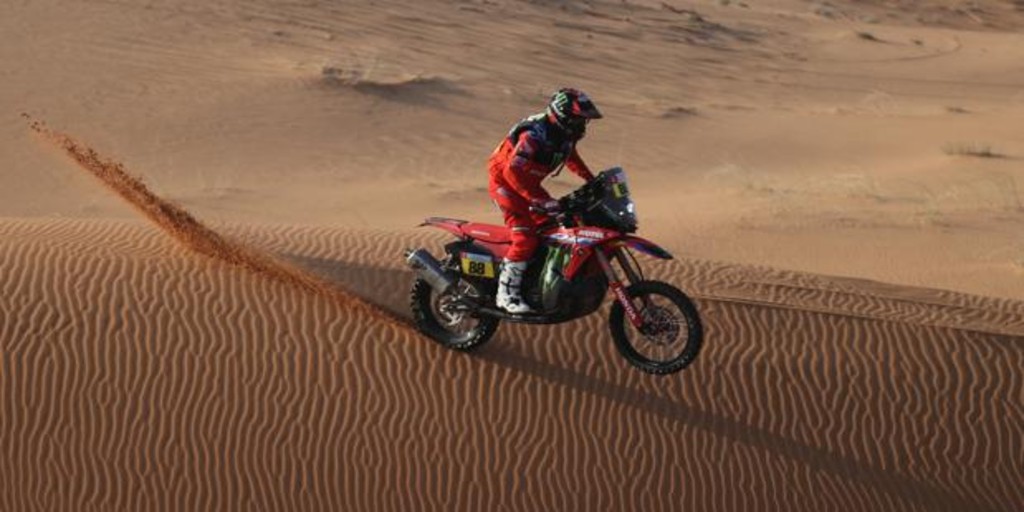 The Spanish pilot Joan Barreda (Honda) has won the fourth stage of the Dakar Rally, disputed between Al Qaisumah and Riyadh on 465 kilometers of special, on a day in which he struck down his rivals to get fully into the fight for the overall.

Barreda is once again ‘Bang Bang’ and, in his second stage victory in this Dakar Rally, flew to annihilate his rivals and move to sixth place in the provisional overall, just over 13 minutes behind the leader, who is still Britain’s Sam Sunderland (GasGas).

In longest special of this Dakar Rally, with 465 kilometers and a total of 707 adding links, Joan Barreda fulfilled his objective; cut the times of all his rivals, comply with his rule of doing at least two stages in each Dakar and, incidentally, re-engage in a race that started on the wrong foot.

With this victory, the one from Torreblanca already has 29 motorcycle stage victories in all the Dakar Rally in which he has participated, and is even closer to the absolute record shared by the French Stéphane Peterhansel and Cyril Despres, with 33 stages.

Barreda, who went further and was the best in the last nine timed points of the stage, achieved his double by beating his teammate Pablo Quintanilla in 4:37 minutes and an Italian Danilo Petrucci (KTM) who, after his abandonment and returned to the race using the wild card, he signed his first partial podium in the Dakar, entering at 6:53 of the Spanish.

After this day of very fast sections of about 200 km, followed by complicated dunes and dangerous stone sections, follow leader Sam Sunderland, which on this fourth day was seventh at 10:15 from Joan Barreda. The Briton from GasGas still has a 3-minute cushion on Matthias Walkner (KTM) and 4:54 on the Frenchman Adrien Van Beveren, who remains on the podium despite giving up a place by being twelfth in this stage.

The Spanish Lorenzo Santolino (Sherco), fifth on the stage, is fourth overall at 10:28 ahead of Quintanilla and Barreda himself.