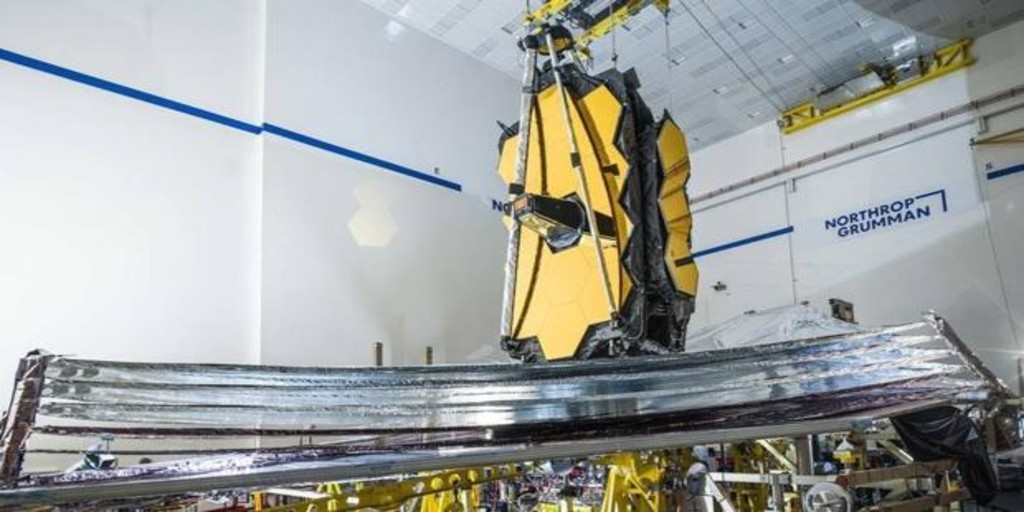 The James Webb Space Telescope passed an important stage on Tuesday by fully deploying its heat shield, a five-layer parasol necessary to observe the cosmos. Although many operations are still missing for the observatory to be fully ready, the deployment of this parasol was the “most difficult” on the list, he recalled. Thomas Zurbuchen, NASA science mission chief, in a
release.

Each layer of this heat shield is the size of a tennis court and necessary to protect scientific instruments from the sun’s heat. Since Monday, each layer has been unfolded and stretched.

The telescope is too big to fit on a rocket so it had to be folded back on itself like origami and deployed in space, an extremely dangerous procedure.

“It is a very special day,” the astronomer tweeted. Klaus Pontoppidan, James Webb’s chief scientist. “I think it’s time to realize that we may soon have a fully operational giant space telescope.”

Astronomers around the world eagerly awaited the James Webb, the most powerful space telescope, because it will allow us to observe the first galaxies, formed a few hundred million years after the Big Bang.

The observatory took off just over a week ago from French Guiana and is currently more than 900,000 kilometers from Earth. It is on its way to its final orbit, 1.5 million kilometers from us, that is, four times the distance between the Earth and the Moon. In this place, should a problem arise, a repair mission cannot be planned.

Its deployment, piloted from Baltimore on the east coast of the United States, was to proceed smoothly. More than a hundred engineers took over night and day to make sure everything went according to schedule. NASA broadcast it live over the internet. As there is no camera on board the James Webb, the only images available were from the operations control room. The team burst into jubilation as soon as the deployment was over.

«The atmosphere is difficult to describe. It was an incredible moment. There was a lot of joy, a lot of relief, ”Hillary Stock, in charge of the parasol deployment at NASA partner Northrop Grumman, told reporters. “Everything went well,” he added.

The parasol measures about 20 meters by 14 meters and is shaped like a diamond. Their hair-thin capes were folded like an accordion and now stretched to within a few inches of each other.

They are made of kapton, a material chosen for its resistance to extreme temperatures because the side closest to the Sun can reach 125 ° C, and the farthest -235 ° C.

Its deployment was possible thanks to hundreds of pulleys and meters of cables to guide them, as well as motors to stretch each sail, from each point of the diamond. On Monday the first three layers were successfully unfolded and stretched. On Tuesday morning, the teams did the same with the last two. Earlier, the two “paddle structures” containing the sun shield were activated. This heat shield is essential because the James Webb science instruments only work at very low temperatures and in the dark.

The great novelty of this telescope is that it will operate through the near and middle infrared spectrum, wavelengths invisible to the naked eye. In order to detect the weak light coming from the ends of the universe, it cannot be affected by radiation from the Sun, but neither by radiation from the Earth and the Moon.

The next step is the mirror rollout: first a secondary one, smaller and placed at the end of a tripod, and then the main one, covered in gold and measuring about 6.6 meters in diameter. Once set up, the James Webb will reach its destination, known as the Lagrange point 2. Then the instruments will have to be cooled and calibrated and the mirrors fine-tuned. Six months after lift-off, the telescope will be ready to go back to the origins of the universe and search for habitable environments outside of our solar system.