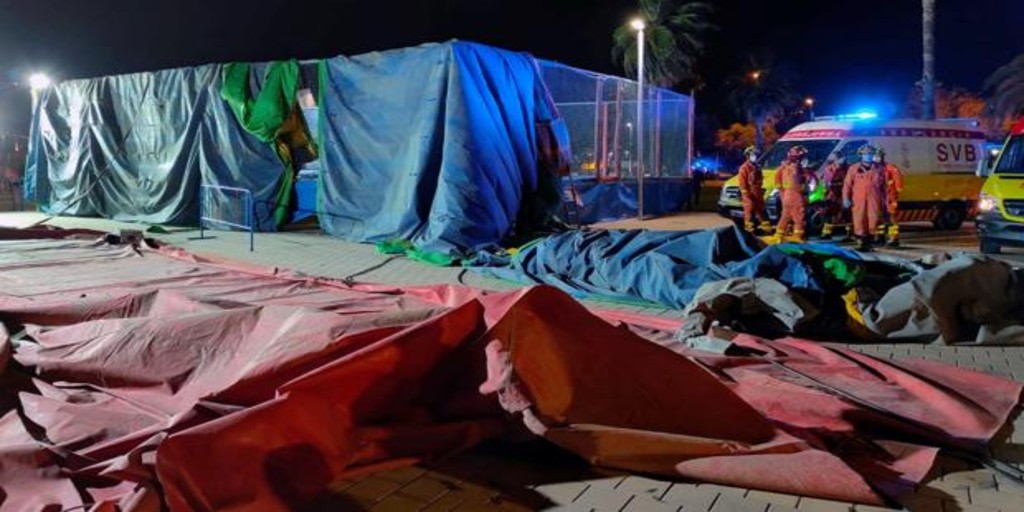 One of the two girls who were seriously injured in the accident at the fair in the Valencian town of Mislata has died, as confirmed this Wednesday by the Ministry of Health. The youngest, aged eight, fatally hit the ground after being thrown from the attraction – a bouncy castle-, which was raised due to strong gusts of wind.

Likewise, of the nine children transferred to hospitals in Valencia, only one continues with reserved forecast, while the rest evolve favorably. The deceased minor was rushed to the Hospital La Fe de Valencia, where the medical teams tried to resuscitate her without success.

The accident at the fairgrounds, located in the Canaleta park in the Valencian municipality of Mislata, occurred at around a quarter past eight in the afternoon.

At that moment, a strong gust of wind raised a bouncy castle where there were a dozen children, of which two were thrown into the air, hitting the ground seriously.

Up to the scene of the incident, two ambulances from SAMU, another two from Basic Life Support and four non-assisted transports. Likewise, different allocations of firefighters of the Provincial Consortium and several patrols of the National Police and the Local Police.

The scientific police are investigating the causes of the accident at this time, with the aim of clarifying whether it is possible structural failures like an anomaly in the castle anchorage.

The Three Kings parade in Mislata is suspended

Due to the tragic event that occurred at the fairgrounds, the Mislata City Council has declared official mourning until Friday, January 7, as well as to suspend all planned municipal events, including the Kings Parade scheduled for this Wednesday.