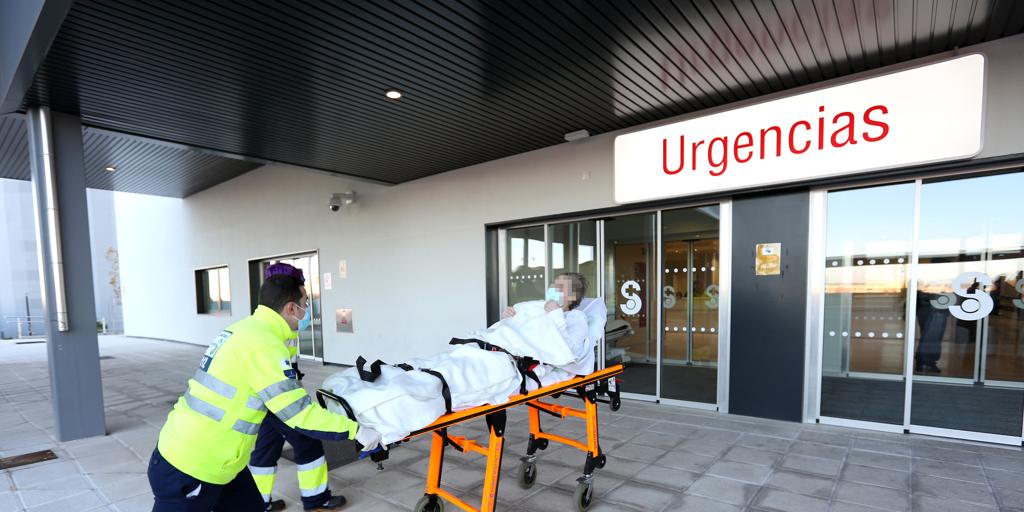 The qualifier of historical is used with some frequency to define many things of our vital environment. In this case, that definition fits perfectly, since not every day in a city like Toledo a hospital closes to open another one already at full capacity in all its services.

The Virgen de la Salud hospital, which is part of the imagination and lives of the people of Toledo in almost the entire province, is now history. Possibly until this fact is verified on a day-to-day basis, we will not realize it.

It was on May 31, 1965 when the then Minister of Labor, Romeo Gorría, inaugurated the Virgen de la Salud hospital built on a 19,935 square meter plot – for 50 pesetas per meter – in Palomarejos.

The investment then was 100 million pesetas to serve 90,000 insured persons, with 226 beds, six operating rooms and a staff of 55 doctors, 28 nurses, 35 assistants and 16 religious, the first director being Dr. Sanz Fernández.

This Sunday, at ten o’clock in the morning, it is planned that the definitive closure will be thrown at the door of the Urgencies of the Virgen de la Salud, so that only a few laboratories will remain operational that will later also make the transfer.

On the morning of this Saturday, after an intense information campaign and with messages sent through Sescam to all users, the first patients arrived, either by car or ambulances, at the new Emergency service of the brand new Toledo University Hospital . Even the first patient arrived before the bill, since although the opening time was set for nine in the morning, a Primary Medicine doctor already referred a patient to these new hospital emergencies two hours earlier, at seven in the morning. morning. “Perhaps to make history by being the first”, commented with some irony the director of the hospital, Juan Antonio Blas Quiles.

In his appearance yesterday before the media, Blas Quiles said that “today we completed the transfer of the Virgen de la Salud hospital to the new Toledo University hospital in the direct patient care section. There is still a service in the old one, but they are laboratories that do not interfere with the ordinary care of patients. It has been an effort on the part of all workers of all levels: doctors, nurses, assistants, orderlies … and thanks to them it has been possible to do it in the best possible conditions, without ceasing to provide assistance neither in the old hospital nor in this when we started it ».

In the middle of filming

It has provided the data that in the new health center There have already been «almost 200,000 consultations attended, more than two thousand admissions and more than 500 interventions and we have already begun to operate Emergencies here and we have done urgent hemodynamics, with which we have already verified that things can be done safely and we can continue to gradually close throughout this weekend everything that we are going to leave as security at the Virgen de la Salud. On Wednesday there may be nothing left except the laboratories, for which we are pending to finish the works that were delayed by a challenge between two commercial houses for the publication of the service, a matter that has delayed us almost five months until the Court of The Competition has passed judgment and the works can now begin. However, here we have an emergency laboratory prepared to continue giving continuity to the assistance and not interrupting it, and to give the treatment to the patients in the maximum safety conditions ”.

And he added that “once the transfer has been successfully made, I have to reiterate my thanks to all the workers who have intervened, for their patience and knowing how to be and for being able to adapt to the new healthcare spaces that are offered now.”

Regarding car parks, Blas Quiles considers that there are sufficient numbers, since he stressed that the new hospital «has in the surroundings more than 3,000 parking lots on the street, and apart from that there are 700 free spaces for workers and another free parking area. But whoever wants to use it will have to take out the subscription to be able to park in that area.

Regarding the result of the move in the last hours, the hospital director assured that «We are very satisfied, despite the fact that on Friday, although we made a call for people not to come, I think we almost made a call effect, because it was more than an ordinary day of emergencies, with moments in which the attendance was very important. But with the efforts of the professionals it was possible to solve, both in one hospital and in another, and it was for those who were there a hectic night and for those who were here a quiet night.

First case in the ER

The first emergency attended at the University hospital has been, according to the hospital director, «A patient who sent the Primary doctor at seven in the morning, although they were all warned that it was not open until nine. Perhaps it is that he was eager to appear in the first photo and that is why he has appeared a little earlier, but he has been available and has been an uncomplicated patient who has been able to wait until we have opened the hospital and he has been treated ».

Regarding the differences in the emergency service offered by the new hospital with respect to the Virgen de la Salud, the director highlights “firstly the ease of access and entry, with a tremendous difference, and then Regarding the healthcare spaces, there we had about 1,200 square meters and here we have about 6,000. In addition, the advantage of the spaces provided, habitability, comfort and ease of service is very significant and all the professionals I have spoken with are very happy ».

In this regard, the Emergency Coordinator, Raúl Canabal, has stated that “the difference is very evident, not only from the front door, but in spaces we have much more quantity, but also more quality. We have healthcare spaces that we didn’t have before, new ways of caring for the patient in new rooms for us, such as treatment rooms; we have more observation and resuscitation beds. In short, for us and for all the staff it is a joy to be here. We have the feeling of the feeling of loss for the old hospital, but here we are much better in every way and we have a capacity to give a higher quality of care to the citizens.

This has been evident in the scenes of groups of professionals taking photos shortly after the emergency service opens, something that he justified because «it is a historical moment for us because surely in the life of a professional a hospital is only inaugurated, it is done once in a lifetime, and that is a sign that the staff is very happy and wants to immortalize the moment”.