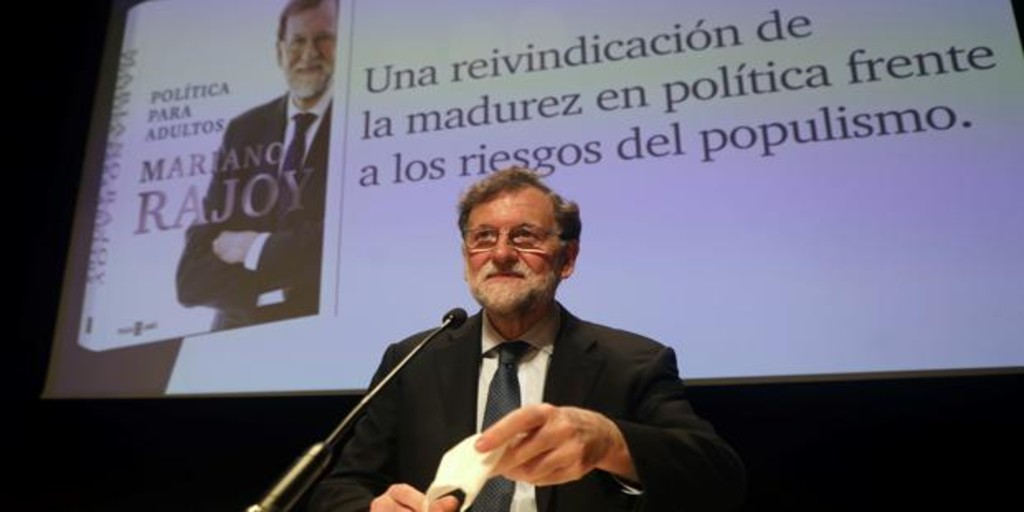 Mariano Rajoy has titled his ‘Politics for adults’ and he has lacked to finish off the task with a true reunion between Casado and Ayuso, beyond the insincere posing of the other afternoon during the presentation of the book. But it is that Rajoy has shown that he is the former president least given to entangle in the interiors of his party and also the one who has best done the decompression of power, despite leaving in the most abrupt and unexpected way. The other morning, where Carlos Herrera, the null resentment with which he left behind that sudden eviction from La Moncloa was appreciated. Perhaps because (as his critics cursed) more than fit to serve as president, he was and is to be

a splendid former president. In Cope’s interview, he pointed out that the Spanish economic uncertainty must be faced with new reforms, a medium-term adjustment plan and not touching “what works.” In other words, policy for adults; incompatible with the adolescent practices of sanchismo, and others.