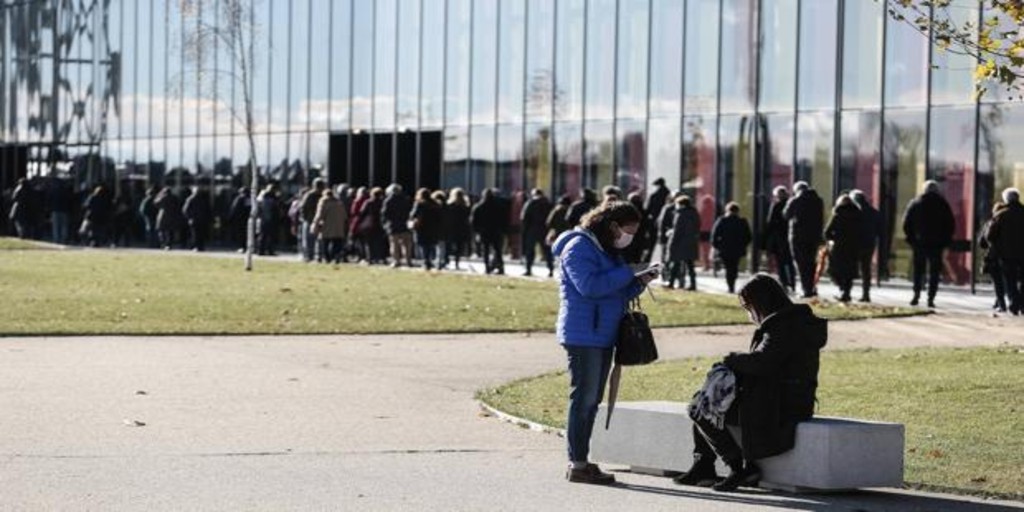 The Leonese have responded this Saturday in a massive way to the call launched by the Primary Care Management to inoculate the third dose of the COVID-19 vaccine to all those people born between 1952 and 1961. To the south in Salamanca, the return of immunization to Multipurpose Sánchez Paraíso takes place “with great participation success” Since this Saturday, with almost a thousand people inoculated in the first two hours, according to hospital sources to Ical.

In the capital of Bernesga, from early in the morning, citizens have starred long lines waiting to receive the booster dose of the vaccine at the city’s Conference and Exhibition Center.

In the charro capital, el Multipurpose once again welcomes vaccination from this Saturday, in this case, the booster dose for the first age group. According to health sources, this first day «Agile and satisfactory»Is due« to the people of Salamanca who come to the call », as well as to the nine constant lines and the experience of the professionals, which are key« to speed up the queues, with little waiting and no incidence ».

The Junta de Castilla y León announced a week ago the agreement with the City Council toto resume vaccination in the Multipurpose, a space that the institutions consider adequate for the process, and that was key in the mass vaccinations of the previous months. The territorial delegate, Eloy Ruiz, detailed that this booster dose will be administered to people over 60 years of age and that, probably, all adults will be vaccinated in installments, in addition to starting in the coming weeks the vaccination of children between five and 12 years old.