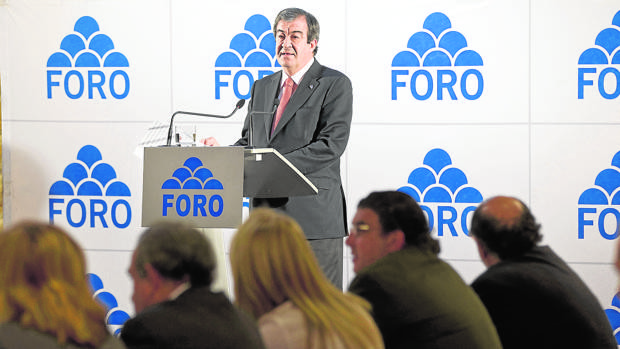 If you want to be up to date with all last informative hours of today, ABC makes available to readers a summary with the most important headlines of the Saturday, December 4 that you should not miss, like these:

Cascos will also be judged for the Forum payments to his ex-wife and for collecting rallies such as conferences.

The Second Section of the Provincial Court of Asturias has admitted the appeal of Foro Asturias against the decision of the Court of Instruction number 2 of Oviedo that had sent Francisco Álvarez-Cascos to trial for misappropriation of only 5,550 euros of the party in personal expenses, like shoes, a psycho-technical test or tickets to watch tennis. Subsequently, the instructor admitted another 4,477 euros in personal expenses – including 3,290.60 euros “for the trousseau of a bed” – but the Provincial Court has agreed with the plaintiffs and has sent the entire alleged diversion of funds to trial that ABC unveiled and that appear in the complaint filed by the current Forum managers. Among them are the 174,000 euros that the party paid between 2012 and 2014 to rent the headquarters of the company from the then wife of the former vice president of the Government, María Porto.

Despite the fact that the party had no workers in Madrid, Foro paid around 6,500 euros per month to use the Porto office, and it did so to the Cinqualium company, of which the politician had been sole administrator until 2011.

The traffic jams at the Barajas checkpoints threaten the Constitution Bridge

The recovery of international passenger traffic produced at the airport of Barajas this fall, thanks in large part to the reopening of USA, sparked a collapse in passenger passport controls that is still far from being fixed. For months, the airlines have been demanding that the Ministry of the Interior reinforce the police officers in charge of these posts; but the department headed by Fernando Grande-Marlaska it refuses and assures that “specific problems” are only occurring when several landings coincide in a short space of time. Now, after the umpteenth day of delays at the airport, from the air sector they warn that the collapse could compromise the bridge of the Constitution.

The new National Security Strategy, the first to be carried out in four years and whose final draft has been accessed by ABC, devotes part of its attention to analyzing and detailing challenges related to “the intense dispute in the technological field,” which has two spheres as its scopes: the struggle between China and the US for imposing 5G technology and “increased vulnerability to cyberattacks.”

The Supreme Court continues with the open process against the Government for hiding Vox reports prepared by the State Attorney on statements of alarm. And it does so after the State’s own lawyers have recognized that they issued more documents than those that La Moncloa sent to the group that presides Santiago Abascal.

The Municipal Police distributes 120,000 bracelets for children to prevent them from getting lost in crowds

Today the macro-bridge of the Constitution starts and an avalanche of people is expected in Madrid, in the ‘long weekend’ with more visitors (mostly national) throughout the year, to which we must add the residents of the city.

A 62-year-old man has been arrested on suspicion of having killed his wife in December of last year and after setting fire to the house in Valencia to hide it, as reported by the National Police.

A cyber attack affects the information systems of the Generalitat

The Vice President of the Government and Minister of Digital Policies, Jordi Puigneró, has assured that “Little by little the systems are being reestablished” of information of the Generalitat, who suffer a cyber attack since the afternoon of this Friday.