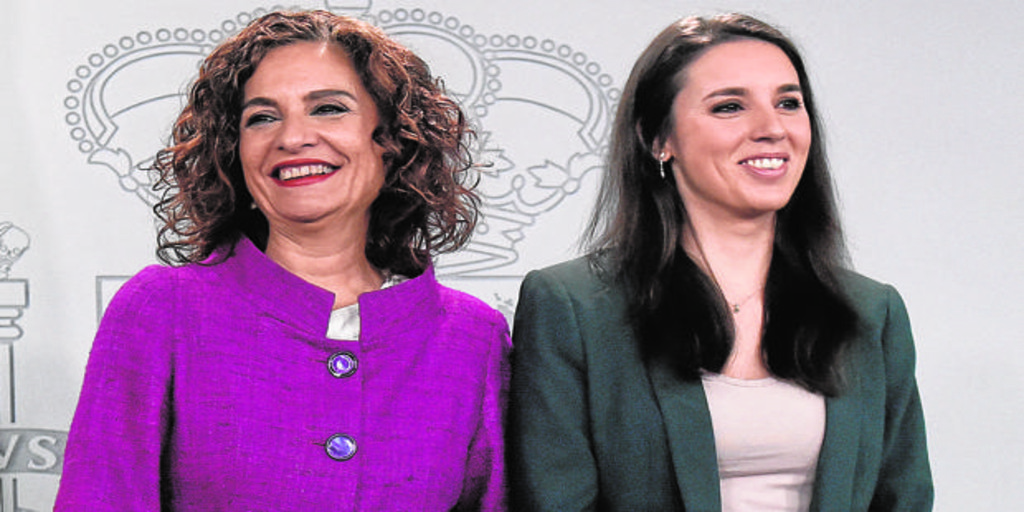 Las Montero and the harsh reality

Sanchismo, the great redeemer of Spain who leads ‘My person’, has told us that with his twenty-something ministries everything is going to fix everything, not only that no one will be left behind in the pandemic but that the pocket and the rights of citizens would return to be as rumbous as when Zapatero was in command, who in theory had put us in the Champions League and in reality when he, Sonsoles and the girls closed the door of La Moncloa from the outside, Spain was absolutely ruined, with a deficit close to 12 percent . The country had the same face as Carpanta when it opened the refrigerator in the cartoons. With hardly anything to put in your mouth, Spain was the meat of the ‘men

in black ‘from Brussels. And that deceitful enthusiasm has been maintained by the president and his twenty-something ministers, highlighting in the fanfare the two Montero, María Jesús and Irene, in charge of much of the money and social advances of the Spanish. What could go wrong with such a choice?

This week there have been two international classifications that measure the health of each country in parcels in which the Sanchismo gets the most chest. Georgetown University established its prestigious Equality Ranking in which Spain ranks fourteen, when in 2018 it was in fifth place. All of this being the most feminist cabinet in the world. That is to say, in three years a setback of nine positions despite the fact that what was a secretary of state with Rajoy became a vice presidency and a ministry and a peak. In total, more than 500 million euros of budget, the motto “alone and drunk wants to get home” and with social advances as ‘notable’ as that a nanny has been able to become deputy chief of staff of the minister and lady of the house (from Galapagar).

The other Montero, María Jesús [recuerden, «Chiqui, 1.200 millones no son nada»], he assured that the Government “has managed to maintain the level of income of the citizens.” At forty-eight hours, suddenly, the fanfare fell silent after the so-called annual Okum Index was known, which measures the destruction of the purchasing power of citizens, the most reliable barometer to know how the middle and middle classes are doing. low from each company. By a bad name, it is known as the ‘misery index’ and in it Spain leads all the countries of the Eurozone with 20.17 percent. This index, established by the illustrious economist Arthur Okum, depends on earned income, is calculated by adding the unemployment rate and inflation. The higher the ratio, the greater the deterioration or creation of misery on the workers in that country. In that Champion there is no one who beats us.

Surely, the twenty-something ministers will now discredit the relevance of these reports, just as La Moncloa even mounted a conference (which only lacked the leading pianist of the sanchismo) to say that it is already good to measure wealth with GDP, that there is other things (equality, sustainability …), just when all the national and international organizations – from the Bank of Spain to the IMF, through the INE and the OECD – were giving a fart to the fanciful growth forecasts made by the Government of the Montero.