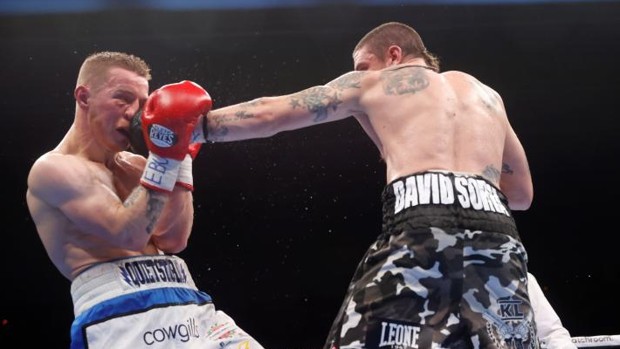 Kerman Lejarraga retained his European super welterweight crown after knocking out English challenger in the ninth round Jack Flatley, in a fight that the Basque fighter almost completely dominated.

Lejarraga, who remains with a professional record of 34 victories (26 before the limit) and 2 defeats, revalidates his continental title and already sees a possible rematch with the French Dylan Charrat, the man he fought to win the belt.

AWESOME! 🔥 The right hand of @LejarragaKerman to be champion of Europe again! 👑

Flatley, who leaves Bilbao with a mark of 17 wins, 2 losses and a null, could hardly do anything against Lejarraga except show his fighting character. In the first round he already went to the ground after a good jab connected by the Spanish.

The British had his opportunities in the exchanges, where Lejarraga left some holes, but the champion’s punch was more decisive. In the ninth round, Lejarraga’s right crusade hit the candidate’s face squarely, and the fight did not drag on any longer.

For Lejarraga it is his fourth European title, the second in super welterweight, a very tough category in which another Spaniard, Sergio Garcia, can become an official contender for the WBC world title this Sunday if he defeats American Sebastian Fundora at the Staples Center in Los Angeles.