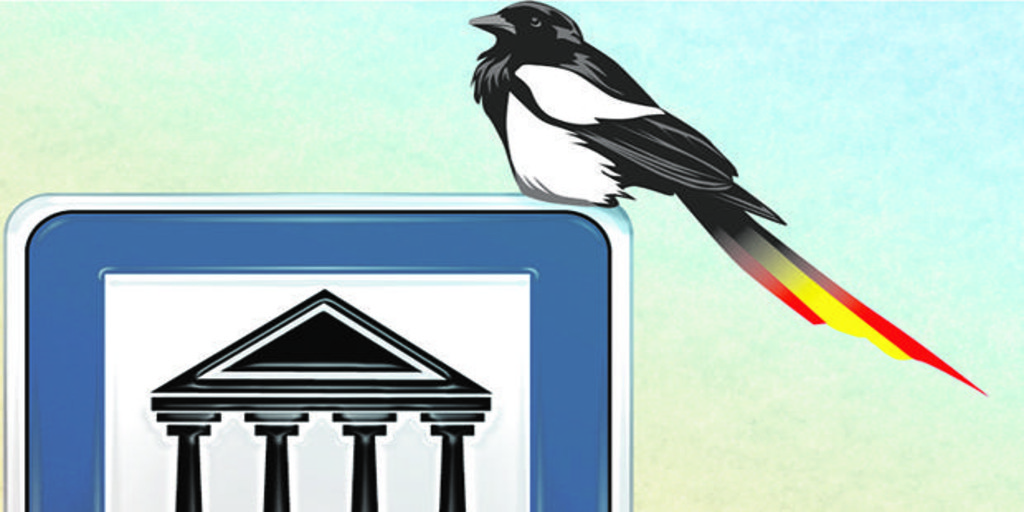 For a Museum of the History of Spain

The news in principle is good, even very good. The Popular Party, through the mouth of its president, has proposed the creation of a national museum of the History of Spain. At the same time, in a marginal but ultimately fundamental way, it has assumed the need for the State to continue financing the exhumation of the remains of the thousands of victims of our civil war that still lie in mass graves.

We must celebrate that, for the first time since the restoration of democracy, the Spanish center-right has felt the need to educate the population about our past through a public history program. In this case, with a museum.

anachronistic, and even paradoxical. The only national history museum that exists in our country is in Catalonia. It was created in 1996 and its content responds to the mental horizon of Catalan nationalism.

On the contrary, as any visitor to the capital of Spain will see, in Madrid there are no proper history museums except the Municipal, which not only has a local scope, but also barely covers the 19th century and practically fades away. arriving in the twentieth century. The result is that, as many specialists on the subject have warned, there is a huge void in Spain’s public history that has become more evident in recent years.

This situation, this void of public history, contrasts with that of other European countries. Take the case of Germany, an example of how to do things well. Berlin is today, without a doubt, the world capital of museums, and especially those of history. To give some examples, there is a Museum of German History (now undergoing a profound renovation process), which coexists alongside other more specific but no less brilliant museums, such as the Jewish Museum, the Museum of the German Resistance to Nazism, the Museum of the Stasi (communist political police) or that of the Topography of Terror (which occupies the lands where the Gestapo and the SS settled).

What stands out about these museums is that they are national, not only in the intention and scope of their informative work, but also in their intention to integrate the German collective memory on a democratic and humanistic basis and, therefore, anti-totalitarian. For this reason, they are museums based both on the social and political consensus, in which the vast majority of the parties in that country participate, and on their intention to educate the population of the country about the past – magnificent, good, bad, or much worse. – from Germany.

Democratic consensus is therefore a key pillar for building a successful public history project. It also seems essential that, in the specific case of a national museum of the history of a country, it coexists with other more specific historical museum projects, including those that deal with more uncomfortable aspects of the past, such as political violence.

For this reason, the context and tone of the launch of the proposal for a national museum that we are dealing with now causes a certain concern. Well, while it is very good that the use of history to educate is interesting, it does not seem that it is the best idea to do it in an antagonistic way to the games destined to finance the ‘historical memory’ and, as has been said, its beach bars.

Despite the fact that everything in the phenomenon of ‘historical memory’ is debatable, it cannot be directly reviled. Historians know that this desire responds both to a paradigm shift in the conception of the past, focused more on the victims than on ideology, and to a abandonment of State functions that at the end of the nineties of the last century became very irritating for broad social groups.

Unfortunately, this movement was exclusively identified with the left but this was due, in part, to the inability of some conservative sectors to accept how much authentic and humane this movement is. What it would be about now is to integrate this reality into our democracy and not to deny it and pretend it doesn’t exist, as unfortunately happened in some previous situations.

In this sense, we must recognize Pablo Casado’s commitment to continue financing the exhumations. In any case, there is no doubt that politicians, or almost all, have their own language and ways, and that they express themselves in public in a way but that, when push comes to shove and in private, they act in a more restrained way. For this reason, if what we really want, and the authors of this article very sincerely wish, is to initiate a new stage in the relationship of Spanish society with our past, with all its many lights and shadows -as it happens in all great countries. Europeans- we should seek as soon as possible a forum for reflection, inclusive, as professionalized as possible and with a mandate to make realistic proposals, to see how we are going to do it.

The construction of a museum of our history has to be as inclusive as possible, that is, it cannot be done against anyone. It should have the maximum support of political parties and society. It should be left in the hands of professionals, avoiding a possible and disastrous colonization by the parties.

It should also be part of a broader public history project that includes both other museums and monuments and the musealization of uncomfortable spaces, such as the Valley of the Fallen.

It is not a chimera. The Spanish have shown in the last fifty years that we can do things very well, and be justly admired for it. The basis of this success is well known: learning from our mistakes and those of others, freeing ourselves from our historical complexes, and acting in a patriotic and generous way.

Those were the bases of our famous consensus, today reviled by many who do not understand that they can say what they say because others act like liberals, that beautiful Spanish word whose root means generosity. I hope that this museum of the history of Spain is made, and that it tells us about a past in which most of us Spaniards can recognize ourselves and feel proud of what we have achieved.

Octavio Ruiz-Manjón and Antonio Cazorla Sánchez are full members of the Royal Academy of History and Professor of History at Trent University (Toronto, Canada), respectively