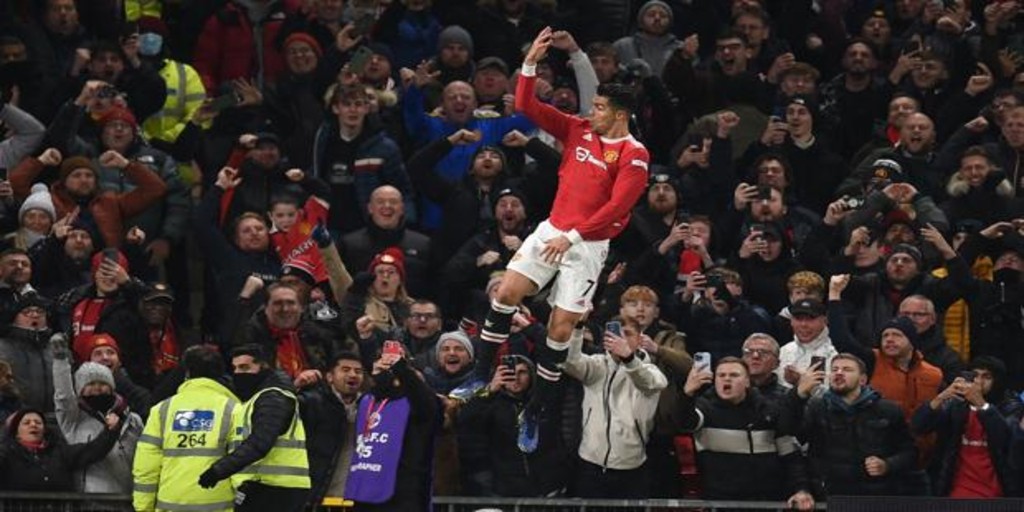 Cristiano’s classic celebration takes its toll on his knee

There are dozens of iconic celebrations in the world of football but, surely, that of Cristiano Ronaldo be one of the most emblematic. The Portuguese forward began to make his spectacular leap and utter the “siuuuu” when he was a member of Real Madrid and, despite the joy that still exudes, that act may be taking its toll on the player. According to the English medium The Sun, Ronaldo has many ballots for miss tomorrow’s game Manchester United versus Crystal Palace because, after scoring the winning goal against Arsenal on Thursday, his knee suffered after the fall.

Despite a bad season for United, seventh in the Premier League, Ronaldo, who came to the English club this summer from Juventus, still has some scoring records at the height of his figure.

The Portuguese is the team’s top scorer in the league (six goals) and in the Champions League (another six) and, thanks to his penalty goal against Arsenal (3-2), the ‘Red Devils’ were able to add three points in the domestic championship for the first time since November. Your fervent celebration, however, puts your participation in jeopardy tomorrow.

After the pirouette and the shout, the Portuguese starred in a sprint to help his team on defense. But just a few minutes after his goal and with some discomfort looming, he was replaced by Anthony Martial and the television cameras caught the Portuguese quickly heading towards the changing rooms after the substitution, instead of remaining on the benches as usual.

In recent times, the English press has speculated whether Cristiano will have a fit in the physical and pressure system of Ralf Ragnick, United’s new manager. During his presentation, where he was asked by the forward, the German only had compliments for Cristiano: “At his age, I have never seen a player who is still so fit. He is still a player who can easily make a difference. “