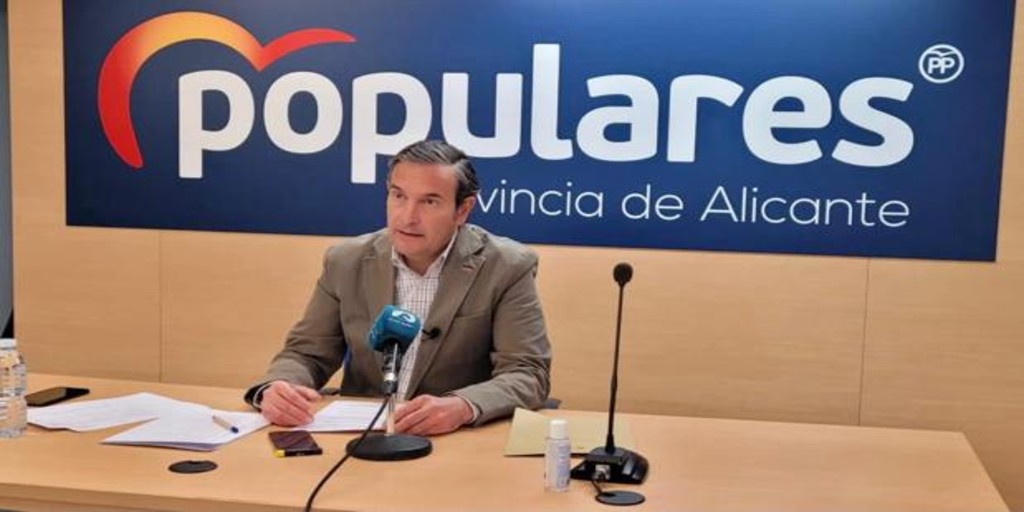 The PP of Alicante distrusts Puig: “Nobody believes his word, he has left 35 projects hanging for the province”

The Valencian government has not started a third of the investments budgeted for the Alicante province, which represents at least 35% of the budget allocation that appeared in the budgets for this year and which had the commitment of Ximo Puig. This has been denounced today by the regional deputy for Alicante, Fernando Pastor, who has highlighted “the lack of credibility of who claims to be the president of all the citizens of the Valencian Community ”.

«Puig has left 35 projects hanging and a third of the budgeted investments without starting in the province of Alicante. We are talking about what one in three euros consigned has been lost along the way, and therefore we speak of a tremendous contempt and lack of sensitivity with this province, “said Pastor.

Thus, the deputy has explained that of the 156 million that Puig promised for 2021, there are 55 “that we already know will not arrive.” “Alicante has run out of 35% of its budget allocation,” he remarked.

Among the non-compliances, the projects that have not yet started and that affect a total of 19 health centers and hospitals in the province and other historical projects such as the Alicante City of Justice, promenades or infrastructures.

Hence, the PPCV has presented 260 amendments to the budgets of the Consell, among which 48 amendments for education, 35 for health centers and expansion of hospitals as well as for intervention in various clinics stand out.

«¿What is the value of Puig’s word this year for the people of Alicante? His lack of credibility calls into question the Consell’s budgets for 2022. Nobody believes his word anymore, “lamented Fernando Pastor.