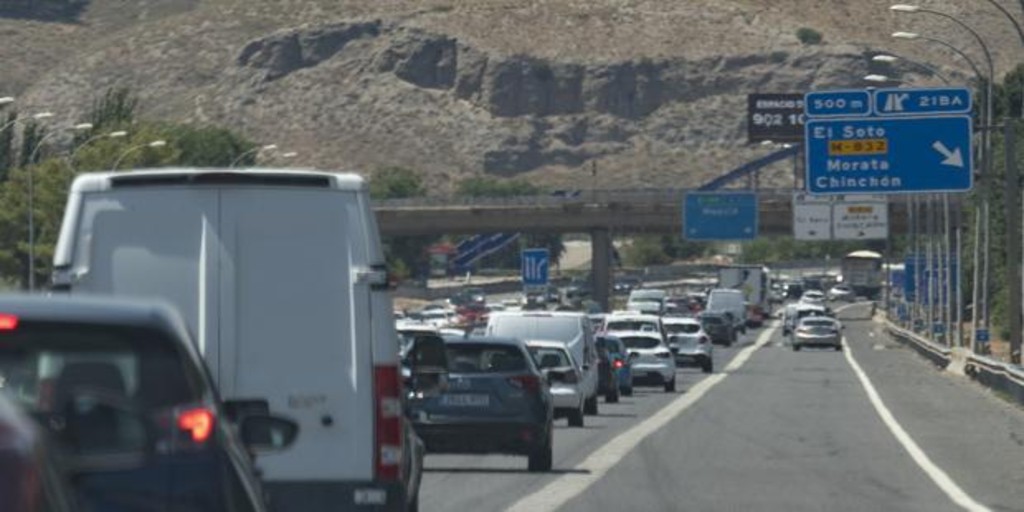 The General Directorate of Traffic (DGT) launches between 3:00 p.m. on Friday and midnight on Wednesday, December 8, a special device on the occasion of the Constitution and Immaculate Bridge, a period in which it anticipates that they will occur 8.07 million trips on Spanish roads, that is, 1.05% compared to the real data for 2019.

It is the bridge with the most cars on the road in the last five years, since, according to DGT data, collected by Servimedia, the previous holiday period of the Constitution and the Immaculate Conception with the most planned trips was 2016, with 11.5 millions. Then 6.7 million were forecast in 2017; 6.0 million in 2018; 6.3 million in 2019, and there was no number of trips predicted last year due to the pandemic.

Thus, Traffic once again establishes a special operation for this bridge after give up starting it last year due to the lower number of long road trips due to the fact that most of the autonomous communities had decreed the perimeter closure of their territories by virtue of a state of alarm to stop the coronavirus pandemic.

To cover travel during this bridge, which will affect roads destined for mountain areas for winter sports and other tourist areas for rest and second residence, the DGT will launch regulation, management and surveillance measures that guarantee mobility and fluidity on the roads and, at the same time, ensure their road safety.

For this, the DGT has human resources such as agents of the Civil Guard Traffic Group, civil servants of the Traffic Management Centers, helicopter patrols and personnel in charge of maintaining equipment and installing road measures.

It also has technical means, such as 780 fixed radars (92 of them stretch) and 545 speed control mobiles, as well as 13 helicopters, 39 drones, 216 cameras and 15 camouflaged vans to control the use of mobile phones and seat belts. .

In the case of Friday, there may be problems leaving the big cities, as well as the main access roads to tourist, second residence, rest and mountain areas, while on Wednesday the main roads that channel all return movement will be those that may present traffic jams.

In addition, both on Saturday morning (from 9:00 a.m. to 2:00 p.m.) and Monday afternoon (from 7:00 p.m. to 10:00 p.m.), there may also be heavy outgoing and incoming traffic, respectively, to large cities, as well as routes short distance to leisure and recreation areas close to urban centers.

On Tuesday, being a working day, the usual movements in and out of large urban centers are expected and in the afternoon movements in the outbound direction towards areas of second residence can be generalized, as it is the following national holiday.

“It is important to bear in mind that during these days the displacements along the access roads to mountain areas with snow for the practice of winter sports can be conflictive, especially after the snowfalls of the last days in the northern half of the peninsula” , highlights the DGT.

To promote circulation in the most conflictive areas on each of these six days, the DGT has planned, among other regulation and management measures, the installation of reversible rails and additional ones with cones in the hours of greatest traffic flow and the establishment of alternative itineraries.

In addition, road works will be stopped, the celebration of sports events and other events that involve the occupation of the road will be limited and the circulation of trucks in general and those that transport certain goods in certain sections, dates and times will be restricted.

On the other hand, the DGT will launch a new campaign next Monday in which surveillance and control will be intensified on the risk posed by alcohol and / or drug consumption and driving.

For a week, the agents of the Civil Guard Traffic Group will make more controls on this risk factor behind the wheel, which causes 24% of fatal accidents.

To do this, they will establish checkpoints on all types of roads and at any time of the day in order to prevent people who have ingested alcohol or used drugs from circulating on the roads.

These bridge days driving may need to take place under adverse weather conditions, such as snow, ice, fog, rain and wind.

With this, the DGT recommends to fine-tune the car with a revision that guarantees that all the elements withstand the most severe environmental conditions that imply low temperatures (brakes, lighting, tires, etc.) and plan the trip by the safest route to avoid unforeseen events.

Avoid distractions by putting the mobile in airplane mode, wearing a seat belt and minors well anchored in their child restraint systems, respecting the speed established on the road and adapting it to road conditions, and not getting behind the wheel if alcohol or other drugs have been ingested are other DGT advice.