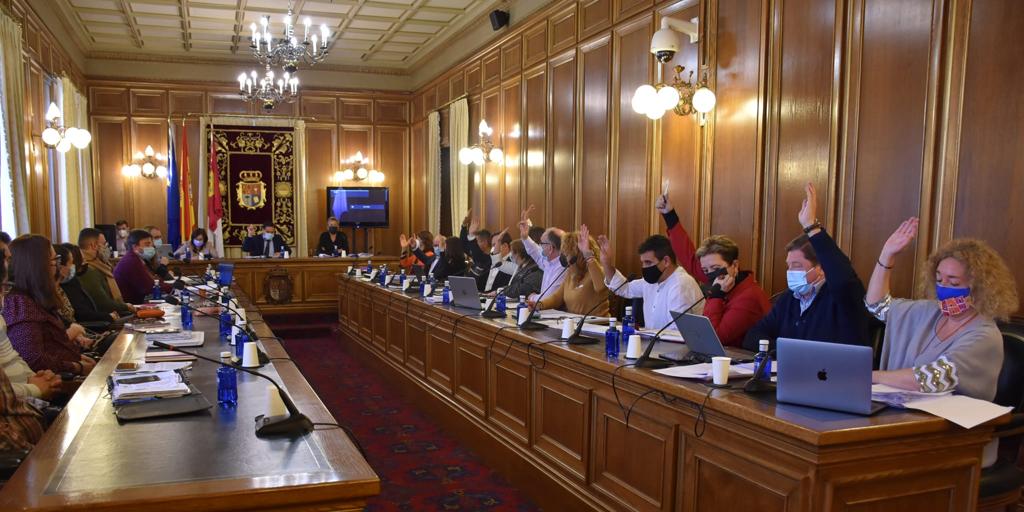 The Diputación de Cuenca has celebrated this Thursday an extraordinary plenary session where provincial budgets for next year exceeding 100 million euros have been approved, to which should be added the 3.5 million euros from the Autonomous Tax Management and Collection Agency.

This document includes the dissolution of the Provincial Development Board and incorporates the budget items for this purpose, even so, it represents a significant increase of 3 percent in terms of investments to reach 29 million euros, that is, practically one of Every three euros will go towards this objective. Among some of the most outstanding games, it is worth mentioning the 3.5 million euros allocated to the Scientific and Technological Park of Circular Economy, the 1.8 million euros for roads or the 1.3 million euros for tangible and intangible assets.

President, Álvaro Martínez Chana, has valued that it is the budget “with the greatest endowment in the history of this house”, this figure of more than 100 million is something unheard of and “what fills us most with satisfaction” is that they will be at the service of the people, for our peoples and our peoples. From the current government team they have put their chest out due to the investment rhythm that this legislature is having “without political sectarianisms”, as shown by the 5.8 million roads, the 8 million destined for roads or the Sports Facilities Plan.

In addition, the president has especially emphasized that the institutional collaboration between the Government of Spain, the Community Board and the Cuenca Provincial Council has managed to attract to the Scientific and Technological Park of Circular Economy a pilot project of Green Hydrogen endowed with 3.5 million euros that, according to Martínez Chana, “is only the beginning” and that continues with the commitment to renewable energy and energy efficiency that will be able to be seen in the coming months with the aid of the IDAE.

This budget is also “The earliest in the history of the Cuenca Provincial Council”, since the president has explained that it had never been approved at such an early date before, this is very important because it will allow January 3, 2022 to come into force, something that will expedite all the investments that it contemplates, as Martínez Chana has detailed.

The budget for next year also includes the second contribution in the Employment Plan of 400,000 euros, 2.7 million euros for Culture, the Integration item is increased by 72 percent and the Equality item by 20 percent. , the 35,000 euro item is created for the first time to help athletes in international competitions, it also collects 63,500 euros for the regional food fair in Tarancón, among many other issues.

The Cuenca Nos Une group has presented two amendments that have been approved, on the one hand, it has requested that the budget application of the Scientific and Technological Park of Circular Economy be assigned to the area of ​​Circular Economy, Entrepreneurship and European Projects, where the PSOE has voted in favor and the PP has abstained; and, on the other hand, that the budget for International Development Cooperation be increased by 21,000 euros, which has come forward unanimously. The popular group, for its part, has presented seven amendments that have been rejected.

This extraordinary plenary session has also approved with the votes in favor of PSOE and Cuenca Nos Une the modification of the List of Jobs with the aim of including those workers dependent on the Provincial Development Board who become part of the workforce of the Cuenca Provincial Council. In addition, a reorganization of the positions has been made in order to staff the new areas created for Entrepreneurship, European Funds and Rural Development; the Heritage area and the Modernization and Innovation area. Five new positions have also been created in response to the needs of the provincial Institution. Finally, the exclusive dedication of the deputy Miguel Ángel Valero has been approved.