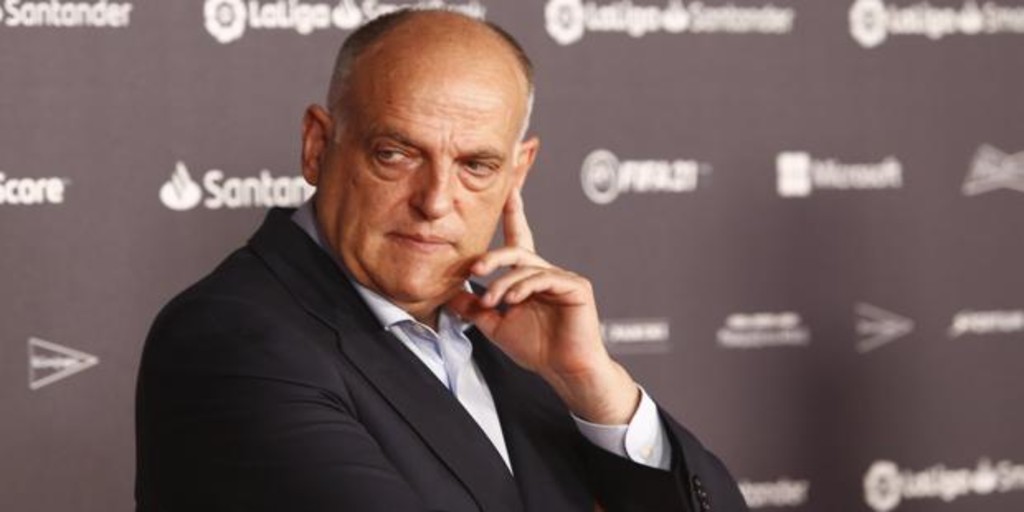 LaLiga’s harsh response to the “improvised” and “lax” offer from Real Madrid, Barça and Athletic

LaLiga’s response to the alternative presented by Real Madrid, Fútbol Club Barcelona and Athletic Club de Bilbao to the agreement with CVC it has not been made wait. Less than ten days before the agreement is ratified in the Assembly by voting, these three entities sent a counter offer to the rest of the First and Second clubs, to the president of LaLiga, Javier Tebas, the president of the RFEF, Luis Rubiales, the Minister of Culture and Sports, Miquel Iceta, and the president of the Higher Sports Council, José Manuel Franco.

The letter detailed the so-called Sustainable Project, developed by Key Capital Partners with the collaboration of Bank of America, JP Morgan and HSBC, in addition to the legal advice of Clifford Chance.

This equals the amounts agreed by LaLiga with CVC but with very different financing conditions: 25 years and not 50, and a fixed interest rate between 2.50% and 3.00%, depending on the rating of the operation . An agreement that could be between 5 and 193 times cheaper than the one proposed by CVC.

This Friday the Spanish club association has issued
a strong statement to respond to the “hypothetical offer of financing, at 2.5-3% interest at 25 years, by JP Morgan, Bank of America and HSBC to LaLiga clubs.”

«Presenting an offer on the night of December 2, knowing that the Assembly is going to be on December 10, and knowing the operation since August 12, shows that the intention is to derail a project that endangers its objectives individual, although for this they have to destroy the collective future of the competition and their clubs, “the note begins.

In addition to pointing out the “significant absence of essential details to understand its viability”, LaLiga considers that “the financing offer is impossible for most of the clubs participating in the competition, including FC Barcelona, ​​to fulfill.”

Regarding the comparison between both offers, the body that Javier Tebas defends his project, called The Impulse League, explains that “it is much more than a financing operation” and “is ready to be executed and CVC ready to begin the transformation. On the contrary, the operation presented in this letter is based on an improvised proposal prepared without the minimum required rigor.

The note continues, highlighting that “LaLiga Impulso is not the answer to a liquidity problem for LaLiga clubs, but rather a strategic project to guarantee competitiveness and growth in the medium and long term of the competition and its clubs. As explained, 70% of the funds from the Impulso project will go to long-term value creation projects. CVC will help LaLiga and the clubs – including those not adhered to the project – to optimize the use of these funds, with the aim of increasing the value of the competition in the long term.

“It is surprising that the promoters of the Superliga, which was lethal for the national leagues, show concern for a project that the majority of LaLiga clubs approve and that does not affect them financially, “he concludes.