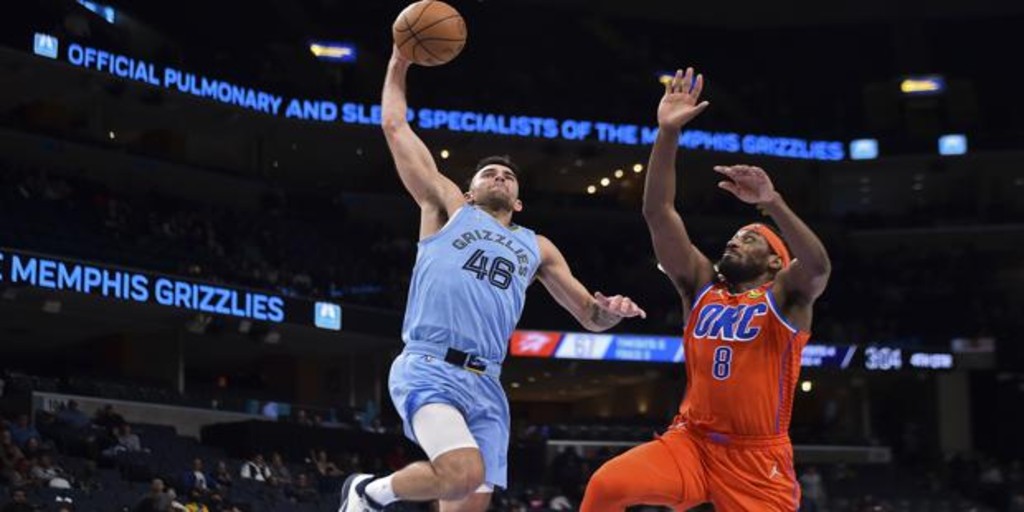 The Memphis Grizzlies entered the history of the NBA this Thursday by obtaining the greatest point advantage in a game, 73 in victory before Oklahoma City Thunder (152-79). This point difference exceeds the previous highest mark of 68 achieved by the Cleveland Cavaliers when they beat the Miami Heat 148-80 in December 1991. The Grizzlies, who also broke their scoring record in one game, move up to fifth place in the league. Western Conference (15-10).

At the FedEx Forum in Memphis, Grizzlies y Thunder they were without their best players due to physical problems with Ja Morant (Grizzlies) and Shai Gilgeous-Alexander (Thunder). The young power forward Jaren Jackson Jr. commanded the devastating Memphis offense with 27 points and 6 triples in just 20 minutes, accompanied by point guard De’Anthony Melton (19 points) and the Spanish rookie. Saints Aldama (18).

Aldama, which also added ten rebounds and 3 assists in 28 minutes, He played his best game in the NBA since he was chosen in number 30 of the last Draft.

The young Thunder, meanwhile, collapsed on the court in the absence of their two titular game directors, Gilgeous-Alexander and the Australian rookie. Josh Giddey. Argentine forward Gabriel Deck played 23 minutes, his highest mark of the season, with 4 points, 2 rebounds and 2 assists. “Tonight wasn’t necessarily who we are,” Thunder coach Mark Daigneault said. “We have definitely shown that from a competitive point of view. This is not indicative of who our team is.

The shock came at halftime with the Grizzlies leading by 36 points and doubling the Thunder on the scoreboard (72-36). Back from the locker room, the Thunder collapsed before Memphis’ scoring success, with spectacular percentages of 62.5% in field goals and 52.8% in triples, and for their flagrant errors.

With Oklahoma City Panicked at the prospect of making history, the Grizzlies’ backups took to cruising speed and a Jarrett Culver dunk tied the 1991 record (133-65) with seven and a half minutes to go. Memphis moved away by 78 points without any of its starters spending more than 21 minutes on the track. “We are improving as a team, focusing on the details. We went out on the track and took care of this, “said Jackson Jr., who joked before beginning the interview by faking a yawn.

The Canadian guard Luguentz Dort was the Thunder’s leading scorer with 15 points, a team in permanent reconstruction that ranks third to last in the Western Conference with 6 wins and 16 losses. “When you compete, you are exposed to the ups and downs of competition,” insisted coach Daigneault. “And the competition brings great joy, but also pain, frustration and anger. And when you get in the ring, you expose yourself to all those things.