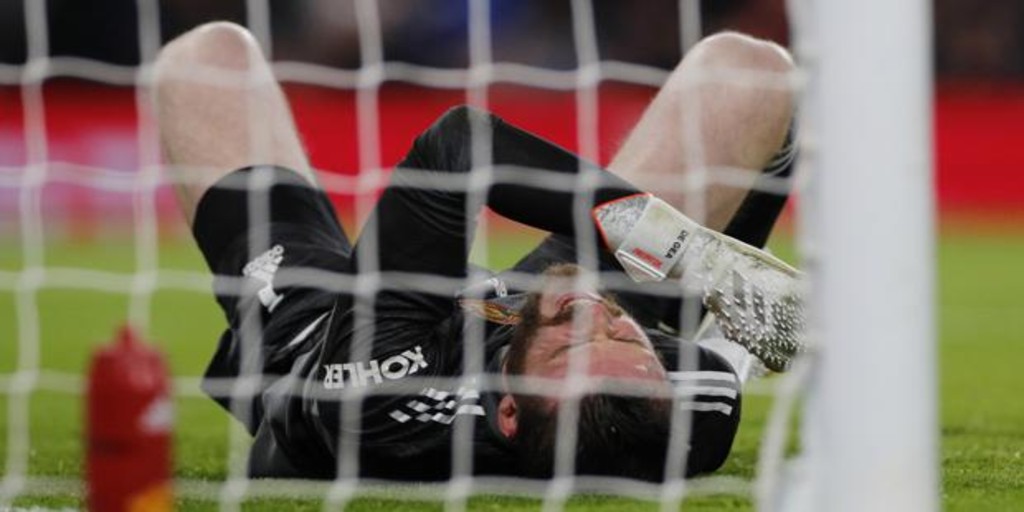 Cristiano, with his goals 800 and 801, makes one forget the strangest goal conceded by De Gea

The Manchester United achieved this Thursday an important victory against the Arsenal (3-2), as it brings him closer to the European positions of the Premier League. A victory in which Cristiano Ronaldo had a lot to say, with goals 800 and 801 of his career, and that could be twisted for the ‘red devils’ with the most curious goal seen in the English league in recent years and that he had as protagonist to David De Gea.

In the last game of Michael Carrick and with his successor Ralf Rangnick present in the stands, the first goal of the clash will remain in the annals of the Premier League for its exceptionality. Emile Smith-Rowe shot from outside the area to reject a corner while the Spanish goalkeeper was lying on the grass.

De Gea was struck down after suffering an involuntary stomp from his partner Fred. Referee Martin Atkinson did not see the goal lying on the ground with his back to the play and the shot marked the first goal of the match. There was a review of the video refereeing, but the goal went up to the scoreboard.

Lying on the ground, with his back to the ball and with the intervention of the VAR 🖥️ What do you think? #PremierLeagueDAZN ⚽🏴𠁧𠁢𠁥𠁮𠁧𠁿 pic.twitter.com/gkq8sNApEK

The strange play did not take its toll on United, who went resolutely on the attack and found the just prize of the tie before the break, when Bruno Fernandes scored a pass from Brazilian Fred. The Portuguese, who had not seen the door since December 11, angrily celebrated that goal in his 100th game with the red elastic.

The action that involved De Gea was definitely forgotten by the prominence in the second part of Cristiano Ronaldo, author of a double, his goals 800 and 801 throughout his career, both as a club and as a national team. Between the two, former Real Madrid Martin Oodegard, had scored 2-2 in 54.

With two important victories, at Villarreal in the Champions League and against Arsenal, and the draw against Chelsea, Carrick He closes his period as an interim on the bench, leaving the team in a better situation than it found it. Following the match, the club announced their decision to leave Manchester United after 15 years as a player and a member of the coaching staff. Carrick played 464 games for United between 2006 and 2018.

With 21 points, the ‘red devils’ are only seventh in the table, but only three points separate them from the fourth, West Ham, which marks the places that give access to the Champions League. This setback, on the other hand, represents a new slowdown for Arsenal (5th, 23 points) by Mikel Arteta, after the 4-0 that Liverpool inflicted on him in his previous outing.