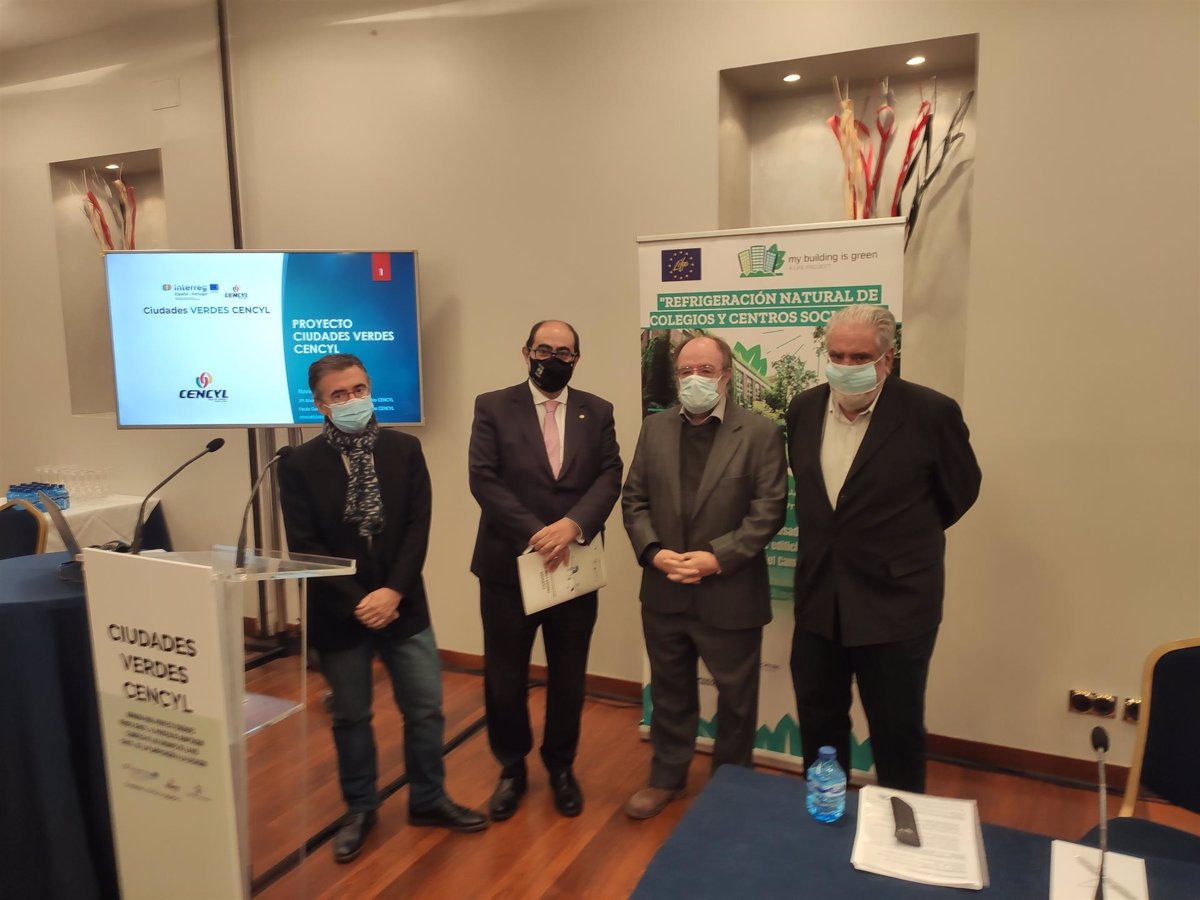 Climate change.- Expert in climate adaptation highlights the progress of Salamanca and Valladolid in green infrastructures

The coordinator of the Cencyl Green Cities network, José María Álvarez Perla, has stated that cities such as Salamanca and Valladolid “have advanced a lot” in their provision of green infrastructures to combat the effects of climate change.

Before participating in the inauguration of the final day of the Cencyl Green Cities project, which took place at the Abba Fonseca hotel in Salamanca, he highlighted the importance of this network created on a European initiative to “give global coherence” to the different actions carried out by each participating locality.

Specifically, Valladolid, Salamanca and Ciudad Rodrigo, as Spanish municipalities, and Guarda, Viseu, Coimbra, Aveiro and Figueira da Foz, from Portugal, are part of the project, who have drawn up their strategies on climate adaptation and have put them together to “contribute solutions “.

In this regard, Álvarez Perla has indicated that the green strategies promoted from Salamanca and Valladolid are “complementary plans” to what is promoted by this Cencyl project, which has European funds and which has involved three years of joint work.

Now, as it has continued, the processes developed from each locality have been presented, which have actions that can help the rest in their future interventions, and has given as an example the conditions of Salamanca and Valladolid for being cities “with more heat “than others in the network, who have advanced in green strategies to” combat urban heat islands. “

Likewise, he has outlined the interest of towns such as Guarda, Viseu or Ciudad Rodrigo in combating possible forest fires, or the concern shared by coastal municipalities such as Aveiro or Figueira da Foz due to the increase in sea level.

After the opening of the final day, panels and interventions by experts from both Spain and Portugal began with tables such as ‘Evolution and challenges of climate adaptation processes in cities’, moderated by the secretary general of the Ministry of Development and Environment of the Junta de Castilla y León, Ángel Marinero, with the presence of the experts Ana Lancho, Sonia de Gregorio-Hurtado and Román Andrés Bondía.