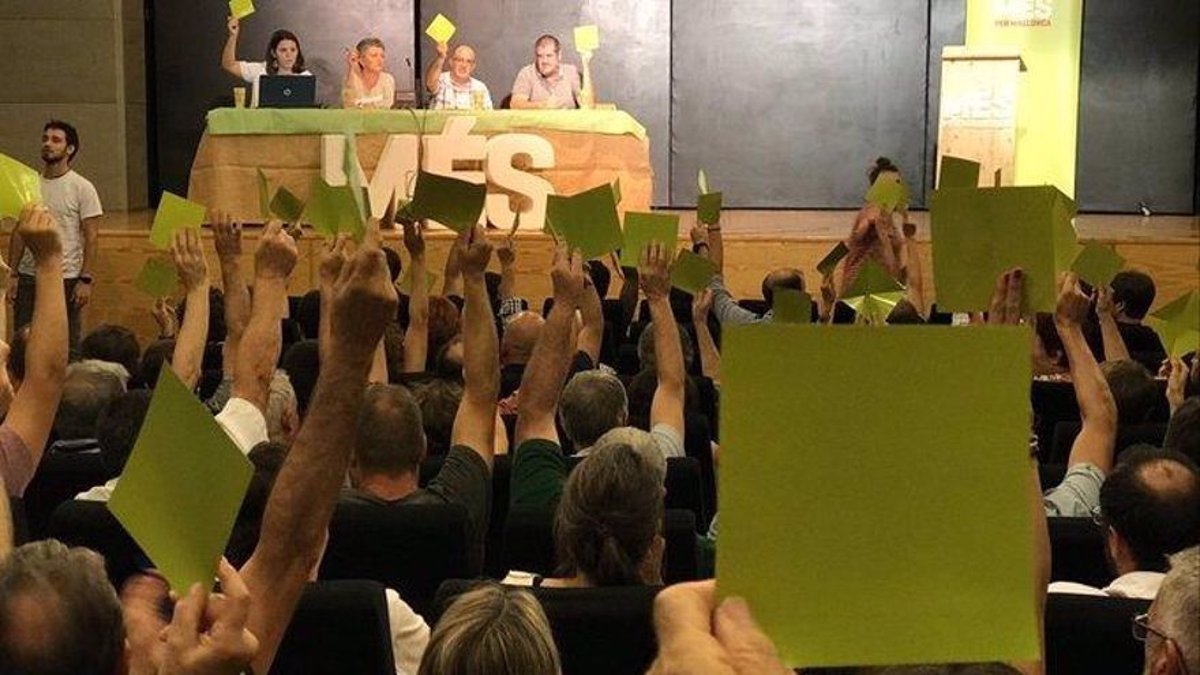 Climate change.- MÉS per Mallorca is committed to “a new social majority” to combat fascism and promote climate change

MÉS per Mallorca has assured, this Wednesday, that its commitment involves the construction of a “new social majority” that will involve developing complicities with organized civil society and dedicating efforts to the ideological debate to combat fascism and promote climate change.

In a press release, the formation has indicated that this is reflected in the political presentation that will be debated in the V General Assembly scheduled for this Friday and Saturday. According to the presentation, already validated by the Political Council, “it is necessary to try to build a cultural and political hegemony of alternative values ​​to those of the dominant productivism.”

In this sense, the text that will be put to the vote highlights that in order to move towards a process of transition to a new economic, ecological and social model “an agreement of left-wing political forces is not enough.”

Thus, he points out that “we must add the social left.” For this reason, the presentation proposes that this new social majority should not be understood as a political reference that works for change, not even a bloc of political and social forces, but as “a broad movement, obviously very plural and that brings together people and economic, cultural, ecological, social and political groups that aspire to a change “.

The text explains that unity and diversity will be a characteristic of that social majority. “It is also necessary to assume that defending this basic unit forces us to defend diversity and discrepancies, without making them unsolvable.”

The political presentation dedicates an extensive chapter to “alarming growth of the extreme right” and how it makes a flag of racism, xenophobia, the attack on the rights of women or LGTBI people, as well as the denigration of our self-government, our language and own culture.

In this way, “we must stand up to them by uniting all anti-fascist forces, from those that have always been to the new groups that defend a real democracy, which begins with citizen involvement and the construction of a true democratic culture and the right to decide on all things “.

MÉS also claims in the presentation a new political status for the Balearic Islands that increases the level of sovereignty. The presentation highlights that the Balearic institutions “have practically no capacity to make powerful decisions that can influence the economy.”