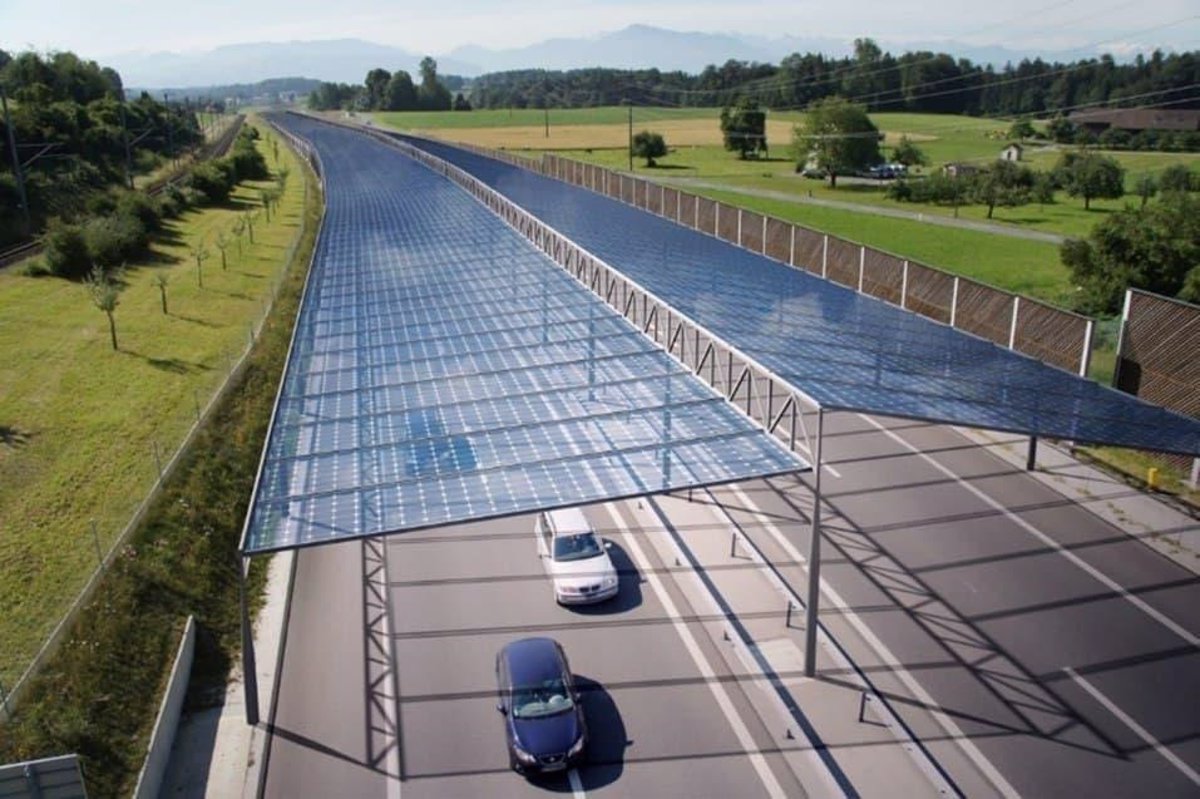 The Vice President of the Government and Minister of Energy Transition, Productive Sectors and Democratic Memory, Juan Pedro Yllanes, presented, this Wednesday, an initial plan for joint collaboration between the Government and the Consell de Mallorca for the installation of solar panels in degraded areas of the island’s highways and thus comply with the objective of the Climate Change and Energy Transition Law of decarbonizing the territory.

In a press release, the Department has indicated that Yllanes has presented this initial planning together with the island’s Minister for Mobility and Infrastructure, Iván Sevillano; the General Director of Energy, Pep Malagrava, and the Managing Director of the Balearic Energy Institute, Ferran Rosa.

Only for Mallorca, the feasibility study carried out by the Consell foresees a potential of up to 150 MW of renewable power, the equivalent of the consumption of between 30,000 and 45,000 families. Its installation would allow a 5% increase in the penetration of renewables in the Balearic Islands.

The total investment of this plan would be between 100 and 150 million euros, and at least a part would be capable of being financed by NextGen funds on the basis of published aid, as well as in future lines that come from the Sustainable Islands Fund . These facilities could be managed by the IBE, both for shared self-consumption with consumption at 500 meters, as well as for the generation of energy to be commercialized.

As indicated by the representatives of both institutions, this initial plan contemplates the installation of solar panels in degraded and unused spaces near roads, such as land adjacent to highway exits or slopes, generally without ecological value, as well as acoustic barriers or party walls.

The installation of photovoltaic pergolas on car parks is also contemplated; on roads, that include solar panels on the roof, or that the panels form the same structure. In addition, the installation of solar panels in artistic or design facilities is established so that they can produce photovoltaic energy. Thus, they can be installed in visible places such as roundabouts, bus stations, locations near roads, etc.

In this sense, the vice president explained that one of the objectives of the Government is “to use all those available spaces of the institutions that are likely to host photovoltaic installations.” In addition, he thanked the Consell for making those degraded road spaces available for study and installation.

Furthermore, Yllanes has declared that from the Government they see “with good eyes” the implementation of this future plan, “which will be ambitious and will allow us to generate energy thanks to the occupation of these spaces, which will thus contribute to the decarbonization of the Islands and to get closer to the goal of energy sovereignty “.

For his part, Sevillano has indicated that since the legislature began they have been clear that the roads of Mallorca can be managed in a different way, “with another environmental sensitivity.” “For this, we were clear from the beginning that it was not only enough to develop road projects that are more respectful of the environment and the territory, but that we had to go further”, he justified.

“The next step, therefore, is to begin to make our roads a suitable space for renewable energies and thus give a break to the rustic land, at the same time that we collaborate with the IBE to lower the electricity bill of our citizens” , has added Iván Sevillano, who added: “We want to give back to nature part of what we had taken from it.”

Likewise, Malagrava has asserted that the Government will prioritize those degraded spaces such as those presented by the Consell de Mallorca to generate energy: “The plan that we plan to present shortly will be implemented in the short term and should serve for the self-consumption of the road network and for sale to the rest of the energy network “.

Finally, Ferran Rosa stressed that roads have to stop being part of the “climate problem to become part of the solution.” “These spaces offer the opportunity to reduce carbon emissions and consumption of the territory, in addition to making renewable energies visible as a backbone of the energy transition,” he added.

The objective of the Government is to transfer this type of projects established in the Plan to the rest of the islands.