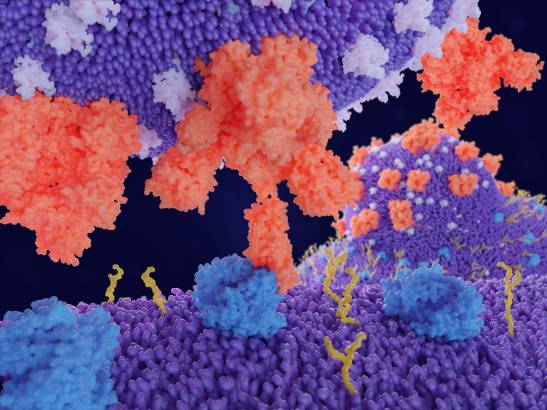 Rodents could be asymptomatic carriers of SARS-like coronaviruses

One of the most plausible hypotheses about the origin of the SARS-CoV-2, the virus that causes Covid-19 infection, is that it jumped from a non-human animal to humans (zoonotic origin). Several investigations have shown that large horseshoe bats (Rhinolophus ferrumequinum) are hosts for numerous SARS-like viruses and tolerate them without extreme symptoms.

For this reason, the scientific community considers it important to be able to identify other animals that have adapted mechanisms of tolerance to coronaviruses, to know the possible viral reservoirs that can spread new pathogens to humans.

It is important to be able to identify other animals that have adapted tolerance mechanisms to coronaviruses, to know the possible viral reservoirs

In new research, scientists from Princeton University (USA) have carried out an evolutionary analysis of the ACE2 receptors between species of mammals. These receptors are used by SARS viruses to enter mammalian cells. The work is published in the magazine PLOS Computational Biology.

“Although we know that the mechanism of transmission of the SARS virus between humans is through respiratory droplets and aerosol particles, the method of transmission between animals and humans has not yet been solidly demonstrated,” says SINC Sean King, from Princeton University and co-author of the study.

On primates, the scientists found that they had highly conserved amino acid sequences at the ACE2 receptor sites. For their part, rodents studied showed greater diversity and a faster rate of evolution.

Some species of rodents have likely been exposed to repeated SARS-like coronavirus infections over a considerable evolutionary period.

“We computationally analyzed the ACE2 protein, which is used by SARS-like viruses to enter mammalian cells. We have calculated the rates of evolution and adaptation in specific places of this protein used by viruses similar to SARS ”, explains the researcher.

Rodents exposed to coronavirus throughout their evolution

Overall, the results of this research indicated that SARS-like infections have not been drivers of evolution in primate history. However, some species of rodents have probably been exposed to repeated infections by SARS-like coronaviruses, over a considerable evolutionary period.

“In these specific places in the protein, rodents show a rapid rate of evolution relative to the rest, which supports the idea that these changes have occurred over millions of years, in response to infections similar to the SARS, ”King asserts.

The types of rodents The study included species from the following groups: mice, rats, mole rats, chinchilla, degu, squirrel, marmot, vole, hamster and jerboa. “It is conceivable that there is a possibility that rodents infected with the SARS virus could transmit it in the same way as bats,” King adds.

In this way, it suggests that ancestral rodents they may have had repeated SARS-like coronavirus infections and acquired some form of tolerance or resistance. “This raises the tantalizing possibility that some modern rodent species may be asymptomatic carriers“, argues the expert.

For the authors, more experimental work is needed to determine if these rodents are susceptible, tolerant or immune to SARS-like viruses. A previous study conducted an experiment showing that laboratory mice can be infected by some variants of SARS-CoV-2, but not others.

More experimental work is needed to determine if these rodents are susceptible, tolerant, or immune

“It would be useful to understand the tolerance or susceptibility of different rodent species to different variants of SARS viruses, as well as to identify which, if any, specific species may be carriers. Until now it is known that civets and the pangolines they are carriers of similar viruses, “concludes King.