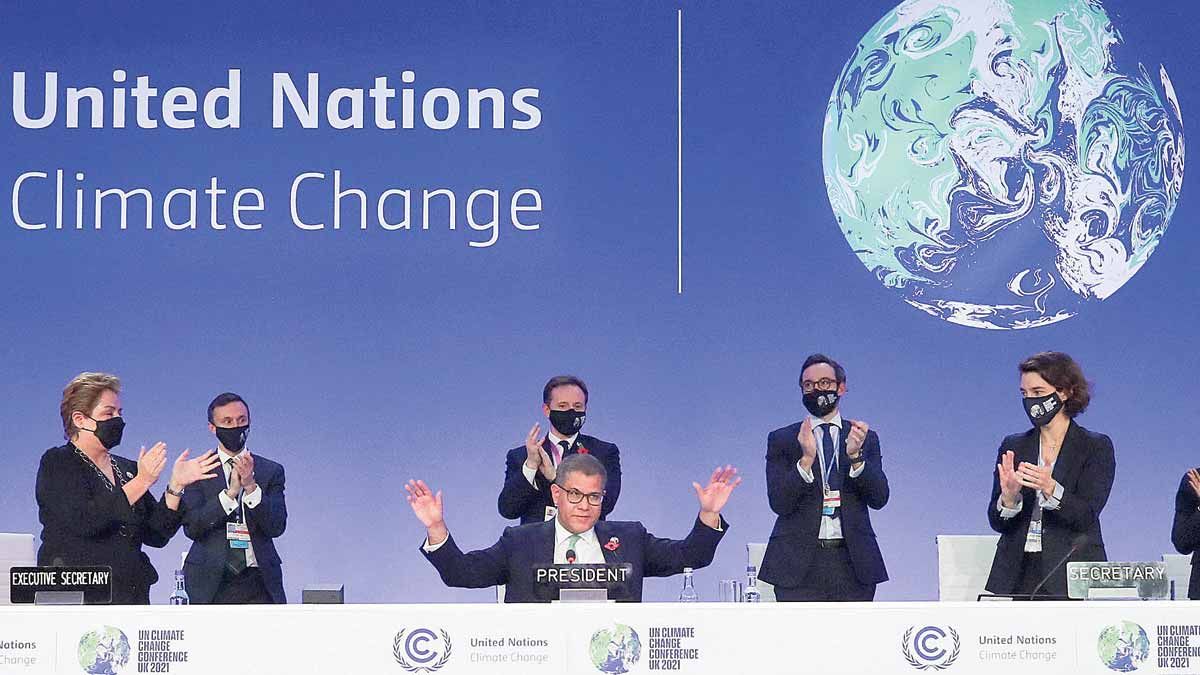 What Glasgow has achieved … and what it hasn’t

Rome was not built in a day. And Glasgow, despite the great promises it launched into the air, has also failed to build the definitive roadmap to stop the advance of the climate crisis. After two weeks of intense negotiations, and an extension plagued by tension, the Glasgow Climate Summit (COP26) ended this Saturday with the explicit recognition of governments that so far they have not done enough to reduce their emissions and with the promise that, starting next year, they will return with more ambitious climate policies.

The main global convention on the climate crisis thus ended with a minimum agreement to resume the debate in the following editions. Some have interpreted this commitment as a sign that, indeed, we are going in the right direction and that, little by little, the discussion is being channeled. Many others, on the other hand, have seen the end of this Climate Summit with great regret because, once again, the launch of the great global pacts for the climate has been postponed once again. Glasgow’s bottom line, then, can be read as a shy success or a great failure depending on how you look at it.

But if something has become clear at this Climate Summit, it is that, beyond the official debate where people are fighting to achieve the consensus of all the governments of the world, the multilateral agreements and alliances that are forged outside of the official negotiations do have the potential for become a turning point. This is, in short, what has changed and what has not changed after the Glasgow accords.

Before the Glasgow Climate Summit, the world was heading for a global increase in temperatures of 2.7 degrees on average. The agreements closed these days have timidly lowered this forecast. The Climate Action Tracker platform estimates that the most realistic scenario is that the Glasgow agreements will raise the thermometers to the 2.4 degrees on average. The most optimistic balance, published by the International Energy Agency, calculates that if all the commitments made in these days are applied to the letter and on the schedule, global warming could reach a ceiling at 1.8 degree centigrade. Although, yes, the success of this forecast depends on whether the countries fulfill their commitments or not.

Be that as it may, the great promise of limit global warming to a maximum of 1.5 degrees has failed again in Glasgow. The global commitment of the Paris Agreement has also failed, once again, where governments promised to move heaven and earth so that the increase in temperatures does not exceed 2 degrees compared to the pre-industrial era. The agreements reached these days they do not consolidate either of the two objectives.

The future of coal

If something Glasgow has achieved is to put on the table of the debate on the future of coal. As argued by a recent análisis del Centre for Research on Energy and Clean Air (CREA), the Glasgow pacts have achieved set closing date for 370 coal plants and stop the construction of another 90 plants. The agreements signed these days also put in doubt another 130 projects expected for the coming decades, since at least on paper they collide with the commitments of ‘zero emissions’ in the medium and long term announced these days by some of the world’s largest producers.

The big question on the table right now is what happens to all this after the unexpected script twist that, at the last minute, countries like India or China demanded for the final text of the agreement. According to the approved document, the countries are now committing to “reduce” (and not “phase out”) your coal production over the next decade. This reluctantly agreed nuance will be put on the table again at the Egypt Climate Summit next year.

The discourse on fossil fuel subsidies has changed, at least in part, in these two weeks. Glasgow has started the promise of some twenty countries so that, as of the same 2022, end public investments in oil, gas and coal. In parallel, the international coalition ‘Beyond Oil and Gas’ has added the commitment of a dozen countries more to end the exploitation (and financing) of oil and gas. As argued by the promoters of these agreements, the objective of these initiatives is to mark a turning point and get more and more states to join the race to end fossil fuels.

Before Glasgow, the oil, coal and gas industry received almost six trillion dollars annually in grants. According to an analysis of the platform ‘Price of oil‘In the last three years the G20 countries have contributed almost 200,000 million dollars of public money to these highly polluting industries; more than double the money invested in renewable energy. The agreements signed these days at the Climate Summit represent a timid change in this trend. According to their promoters, as of next year they will deviate around $ 15 billion a year from fossil fuels to clean energy. It’s not a big change, but at least it’s something.