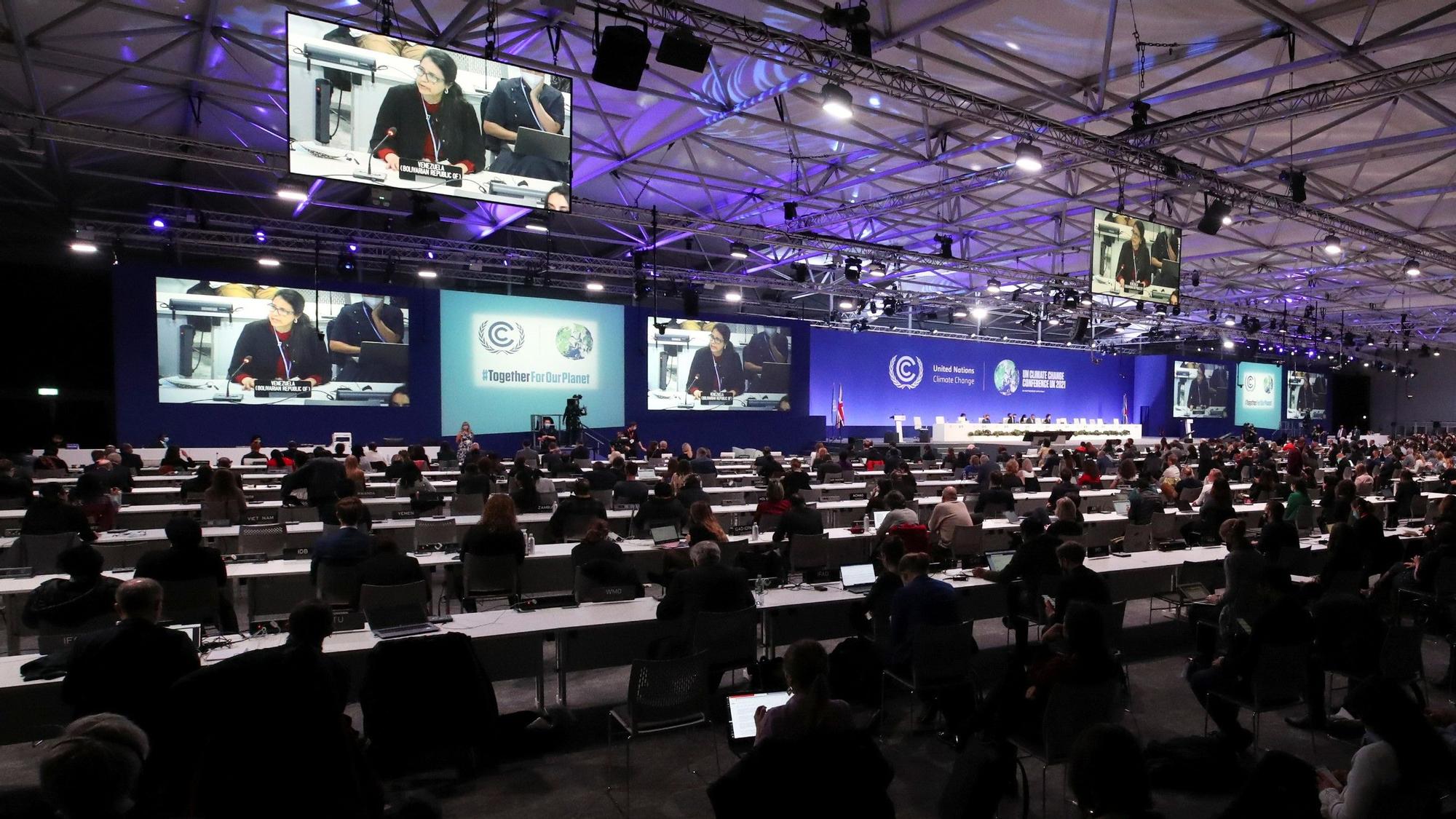 This is how the Glasgow agreement is negotiated against the clock

Glasgow woke up this Friday under a blanket of clouds, a frigid air and a rain that envelops everything. After a few days of relatively good weather, where the sun has even appeared at times, the Scottish city has recovered its most usual climate and it has been dyed an absolute gray again. This is the stage where the final stretch of the negotiations of the Climate Summit (COP26); a key debate for the future of humanity and the planet.

This Friday Governments around the world were due to formally present the commitment that, after two weeks of intense debate, they had agreed to tackle the climate crisis. But after a plenary session plagued by tension and reproaches between the governments, the negotiations are reopened. The text that collects the agreements, promises and duties in climatic matters it is currently going through the umpteenth scrutiny of ministers of environment, delegates and experts sent by the countries. There are still many fringes that need to be polished. And as several government representatives from around the globe have announced this Friday afternoon, there are several states that have sent at the last minute notes to clarify, expand or change the final statement.

According to sources close to the negotiations to this newspaper, it has been days since the different working groups they start very early and they last until dawn. Still at the discussion table are discussed, from extremely technical issues to commitments that could shape the future of millions of people around the world, such as the calendar to reduce greenhouse gas emissions or the pact to help the global south. to face the scourge of crisis. In both cases, the future of these agreements is a matter of language. At the moment, in fact, the revision of the text is mainly focused on polishing the words. Add nuances. Change a ‘must’ (which implies the obligatory nature of a measure) for a ‘should’ (which extends, perhaps too much, the room for maneuver for countries).

Between tequila and vodka

The presidency of this Summit, led by the British Alok Sharma, had promised on more than one occasion that the final agreement would be published this Friday afternoon. Ideally around six o’clock, just before tea time. But this afternoon, after the plenary session ended, Sharma announced a change of plans. It is anticipated that this saturday morning A final draft of the agreement will be published which, in turn, will be discussed by the governments in a Extraordinary meeting convened from ten in the morning (British time). Once the discussion is over, the final text will be voted on by the government delegates and, if it receives unanimous support, it will be definitively approved. Final announcement is not expected before Saturday afternoon.

Just a few days ago, in another of those sessions that last until late at night, the Mexican delegation promised to give away bottles of tequila to the organizers of the event if they managed to close a commitment this Friday. The Russians, who are not joking about alcohol either, raised the ante by promising bottles of their most precious vodka if the final statement was released before the evening. Now that we know that the statement will arrive much later than agreed, it remains to be seen what will happen to all that alcohol.

The corridors of the Glasgow Summit now breathe a different air. The atmosphere is fraught with tension. There are a frenzy of government delegates, which, unlike the other attendees, stand out for their fine suits and purple accreditation. Impossible to know what is happening in the closed-door discussions where they are headed. Of course, seeing what happens outside, everything indicates that the final sprint is being more than intense. In the only supermarket present on the premises, for example, this Friday afternoon the energy drinks they sold out shortly after noon. In the bars, the waiters began to collect all the reusable glasses because, as they perceive from the bar, in this final stretch of the negotiations the coffee flew faster than usual.

Legend has it, or rather experience, that the success of the Climate Summits depends on how good the logistics of the event was. The better the organization, the better the result. The greater the convenience of the facilities, the better the communication between the parties. The easier it is for delegates to do their job, the better the agreements. If the premise is confirmed, Glasgow will have it frankly difficult to succeed. In these weeks, in fact, there are many who have pointed out that the gear of this event has not finished working. Partly for purely logistical reasons. And partly because, of course, organizing an event of this magnitude in times of a pandemic is mission impossible.