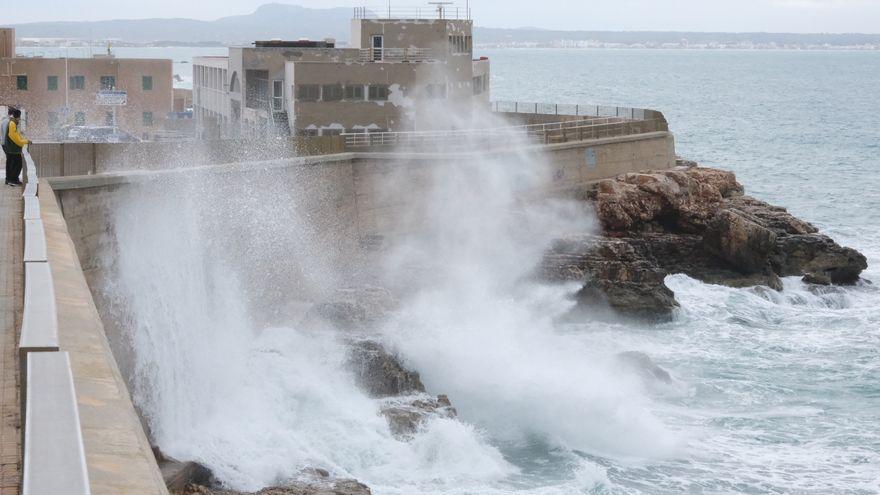 Rains and strong waves put the Balearic Islands, Catalonia and Galicia at risk

An accumulated precipitation of 80 liters per square meter in 12 hours and waves up to 4 meters high tomorrow they will affect the Balearic archipelago, the Catalan coast and Galicia, according to the prediction for this Saturday of the State Meteorological Agency (AEMET).

Thus, the rains will put yellow at risk Ibiza and Formentera, Menorca, the north, northeast and east of the island of Mallorca Yet the Sierra Tramontana while the alerts for coastal phenomena in Ibiza and Formentera, the Sierra Tramontana, the east and south of the island of Mallorca, Menorca, the coast of Barcelona, the southern coast of Gerona, the Empordà, northwestern A Coruña, and finally The Navy in Lugo.

Regarding the waves, the risk is active due to north and northeast wind with intervals of 7 that will cause 3 meter waves in Ibiza and Formentera, Menorca, the Sierra Tramontana, the south and east of Mallorca, the coast of Barcelona, ​​the Empordà and the south coast of Gerona. Also, the combined sea of ​​the northwest will cause 4 meter waves, due to swell, in the northwest of A Coruña, mainly north of Prior, and in Lugo around Bares.

Thus, the AEMET prediction predicts for this Saturday cloudiness and showers locally strong or accompanied by storm in Baleares, which will tend at cloudy intervals with a scattered shower. At Eastern Cantabrian and in the Western pyrenees the sky will be cloudy or covered with some light rains.

For the rest of the Peninsula, they are expected little cloudy or clear skies, without ruling out low-type cloudy intervals during the early morning and morning in most of the rest of the northern half and the surroundings of Melilla.

As for the Canary Islands, it forecasts cloudy intervals with the probability of some showers in Tenerife and Gran Canaria, which could also fall in the rest of the archipelago.

Probable morning fogs are foreseen in the North plateau and in the depressions of the northeast of the peninsula in the north of the Ebro valley, which also does not rule out in the interior of Galicia and the Basque Country, the upper Ebro, the Pyrenees, southern Iberia and the surroundings of Melilla.

Low temperatures in the Pyrenees and northern plateau

Regarding temperatures, AEMET does not expect generalized significant changes, but indicates weak frosts in the Pyrenees and points of the North plateau and in the Iberian system. Finally, the wind will be strong or with strong intervals of the north or northwest in the Balearic archipelago, which will gradually weaken, and wind from the northwest is also expected in the eastern Cantabrian and the Ebro, from the northwest on the Galician coast and the Canary Islands, from the east in the Strait and the prevalence of loose component wind in the rest of the country.