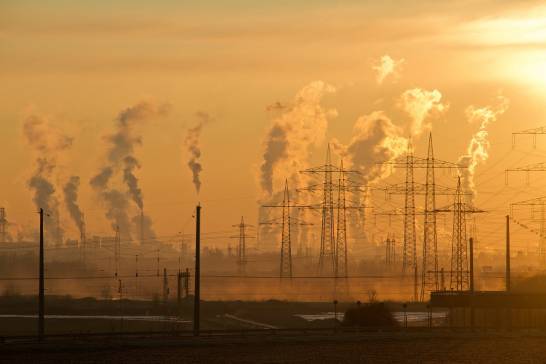 The US and China announced yesterday at COP26, in a joint statement, their commitment to “reinforce climate actions” in this decade, in order to achieve the objectives of the Paris Agreement.

“We are committed to strengthening climate action in the 2020s […] to achieve the objectives of the Paris Agreement ”, the Chinese negotiator announced at a press conference, Xie Zhenhua. The declaration of both powers recognizes that there is a “gap between current efforts and the objectives” of the Paris Agreement to prevent temperatures at the end of the century rise more than 2 ºC and try to limit the rise to 1.5 ºC, he added.

The announcement comes two days before the negotiations of the Climate Summit in Glasgow, where it is sought to finish establishing the rules for the 2015 Paris Agreement.

In the text, they recognize “the urgency and severity of the climate crisis” and commit “individually, jointly and with other countries during this decisive decade, according to different national circumstances”, to work to avoid the “catastrophic effects ”Of the crisis.

The announcement comes two days after the conclusion of the negotiations for the Climate Summit in Glasgow on Friday, which seeks to develop the 2015 Paris Agreement

This contemplates “the acceleration of the green and low-carbon transition and climate technological innovation” towards “a global economy of zero net emissions” and, for this, they will continue to dialogue both in the COP26 “As beyond” on “concrete actions”.

To that end, they will cooperate “in regulatory frameworks and environmental standards” by 2030 and in developing “policies to promote decarbonization and the electrification“, As well as to promote” the circular economy “,” ecological design and the use of renewable resources “, in addition to the deployment of capture and storage of CO2.

To reduce CO emissions2, China, first issuer of carbon dioxide, and EE UU, the second, manifest their intention to cooperate in policies to integrate “a high proportion of renewable energy”.

They refer to solar energy, storage, and “other clean energy solutions,” as well as “energy efficiency standards,” and note that the United States will maintain its goal of “achieving 100% carbon-free electricity by 2035,” while that China will “do everything possible” to “gradually reduce coal consumption.”

Beijing and Washington also refer to the “important role that methane emissions play in increasing temperatures” and intend to reduce them in the present decade.
They declare their intention to develop “additional measures to improve control” of those emissions before the 2022 climate conference.

The United States announced during the Glasgow climate summit its intention to reduce your methane emissions at least 30% by 2030 and China is now committed to developing a “comprehensive and ambitious” plan to “achieve a significant effect on the control and reduction of methane emissions by the 2020s.”

The United States will maintain its goal of “achieving 100% carbon-free electricity by 2035”, while China will do “everything possible” to “gradually reduce coal consumption”

Washington and Beijing also recognize that “eliminating the deforestation global illegal would contribute significantly to the effort to achieve the Paris goals. ” For this reason, they highlight their intention to collaborate “to support the elimination” of this practice “through the effective application of their respective laws on the prohibition of illegal imports.”

Finally, they support “an ambitious, balanced and inclusive outcome on mitigation, adaptation and support” at COP26 that sends “a clear signal” to the parties to the Paris Agreement.