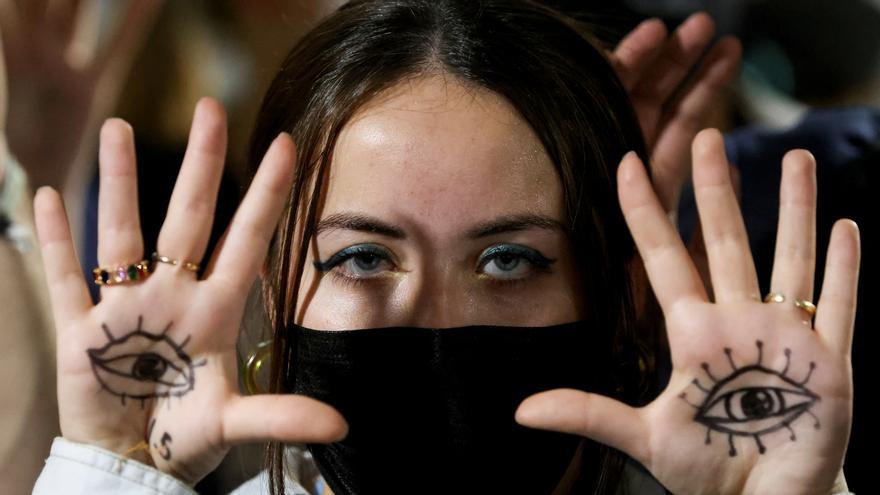 Glasgow kicks off final stretch of negotiations key to the future of the planet. This Wednesday, with only two days to go until the end of the Climate Summit, the presidency of COP26 has published the first draft of the agreements agreed after ten exhausting days of debate. After more than a week and a half of meetings, governments affirm that they are committed to the objectives of the Paris Agreement but, despite that, they need between uno and two more years to redesign their strategies reduction of emissions. The definitive roadmap to limit global warming to 1.5 degrees on average, then, will have to wait for the Climate Summit in 2022 and 2023. At least according to this first draft of the Glasgow agreements.

The text, published at six in the morning of this Wednesday, unfolds in just over ten pages all the agreements, commitments and duties that the countries have put on the table these days. The diagnosis of the problem and the approach to solutions seems to be clear. Countries recognize that limiting global warming to 1.5 degrees by 2100 requires “rapid, deep and sustained reduction of global greenhouse gas emissions, including reducing global carbon dioxide emissions by 45% by 2030 and net zero by mid-century“They also show their concern because, according to recent studies, everything indicates that emission levels will rise by at least 13% over the next decade.

The problem begins as soon as it is time to go from theory to practice; from diagnosis to solutions. According to this first draft of the Glasgow agreements, “it is urgent” that governments continue working for “update your climate strategies with the best available scientific evidence “to achieve net zero emissions by 2050. The document also includes a brief mention of the need for”accelerate the phase-out of carbon and the subsidies to fossil fuels “although, beyond this wink, it does not develop any plan or concrete proposal to achieve it.

After a week and a half of negotiations, it also does not appear that a clear conclusion has been reached on how the $ 100 billion will be raised annuals that the world’s richest (and most polluting) countries promised to deliver to the global south to face the growing threat of the climate crisis. The draft “urges” developed countries to meet their commitments and “encourages” other entities to contribute money to these funds. Far from reaching a definitive agreement, the first draft of the Glasgow Pacts asks the parties to deliver in the coming years a more detailed and “clearer” plan on how they intend to mobilize and distribute these funds. At the moment, everything indicates that this goal will be achieved in 2025; fifteen years after the launch of the first climate solidarity agreement.

Last hours of the debate

“There is still a huge gap between where we are and where we need to be,” acknowledged British Prime Minister Boris Johnson. With just 48 hours until the end of the negotiations, Johnson has asked heads of state around the world to call their negotiators at COP26 to give them “more room for maneuver” and thus achieve agreements that manage to fix the ceiling of 1.5 degrees.

Despite everything, there have also been those who have seen the glass half full in this sketch of the Glasgow commitments. “It is a first draft interesting and balanced where references appear for the first time to key aspects of action on climate, development banking in the private sector, where there is an express recognition of the role of young people and a call to increase ambition “, he declared this Wednesday Teresa Ribera, Third Vice President of the Government and Minister of Ecological Transition of Spain. Along the same lines, other government delegates have also positively valued the progress of the negotiations, although, yes, there are many who hope that the final text clears up some of the unknowns that right now is on the table.

Publishing this first draft of the Glasgow accords has created great unease among activists, entities and experts who, after a week of great promises, feel disappointed with this first look at the result of the negotiations. “This draft agreement is not a plan to solve the climate crisis; it is an agreement for all of us to keep our fingers crossed and hope that the problem does not get worse. It is not good news that this Summit ends with ‘a courteous request’ to that countries try to do more next year, “he says Jennifer Morgan, Executive Director of Greenpeace. “The negotiations should not even think about leaving this city until a pact proportional to the severity of the moment is reached,” he adds.

Annoying, and very much, that Glasgow’s “main commitment” is to resume the debate on the emissions gap in 2023. “If the agreements are postponed to 2023, commitments will move to 2035, almost 15 years away from now, and they will not address the huge gap that we see by 2030, “says Bill Hare of Climate Analytics.” The presidency of COP26 cannot put off the debate. We cannot be left alone with a reminder to countries to respect a Paris Agreement that, until now, many have ignored, “he adds.

Hours after the publication of this first draft, dozens of activists have staged a protest at the gates of COP26 to denounce that, in addition to everything that has been said so far, the final text does not include “human rights” either. “The agreements do not take into account that climate crisis puts the right to food at risk, to the home, the rights of women and indigenous populations. They are ignoring that we are before a matter of human rights“, protesters have shouted as government delegates entered the negotiating rooms for the final stretch of this debate.

For days now, in the corridors of the Climate Summit it has been rumored that the final draft of the Glasgow accords includes hundreds of parentheses which, in practice, represent an escape route for countries to omit those fragments of this pact. Or interpret them in your own way. The fear that these asterisks will further dilute the COP26 commitments has led activists to shout a resounding “remove parentheses, not human rights“.