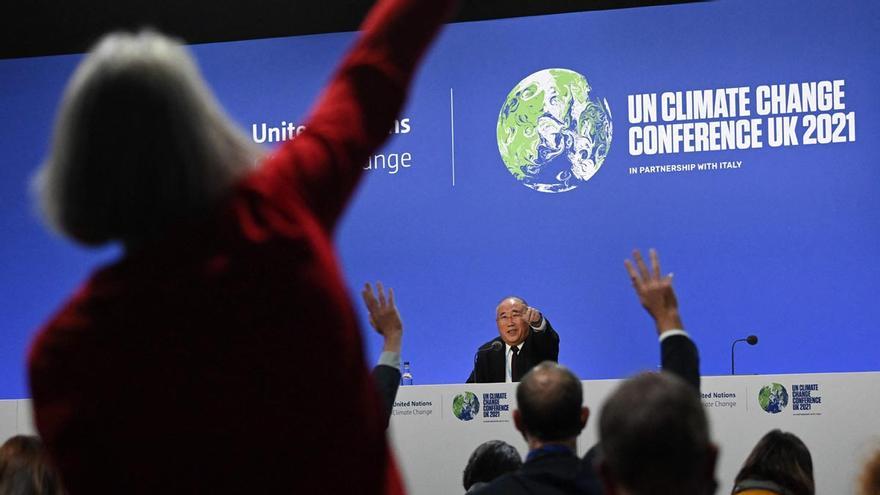 Glasgow gets the news that everyone wanted but no one expected. USA and China have announced that they work in a joint plan to address the climate crisis. In a joint statement released late on Wednesday, the world’s two most polluting superpowers say they are willing to “cooperate closely” to reduce your greenhouse gas emissions over the next decade and, ultimately, that they will do everything possible to prevent global warming from exceeding 1.5 degrees on average.

In just three pages, published in both English and Chinese, the countries affirm that they will work together to deploy a battery of measures to slow the progress of the climate crisis. The most important of all, according to the document, is the joint pact for reduce methane emissions (one of the gases that contributes the most to global warming). Both governments not only agree to curb their emission levels but also affirm that they are willing to cooperate to improve measurement tools, exchange information on its environmental policies and promote joint research on the challenges and solutions to reduce the impact of this gas.

The agreement confirms that both countries are willing to reduce methane emissions from both fossil fuels (mainly coal) as in the agricultural sector (one of the main emitters of this gas); the two taboo subjects that, just a week ago, had been left out of the great global agreement to reduce gas emissions by 30% by 2030.

In an unexpected turn of events, and with two days to go before the closing of the Glasgow Summit, the superpowers thus announce their new roadmap to address the climate crisis. The United States has set the goal of achieving a 100% pollution-free electricity for carbon by 2035. China, for its part, has pledged to gradually reduce its coal consumption over the next few decades. Both governments also affirm that they will work together to “eliminate illegal deforestation“in their respective territories and for help developing countries economically who are suffering the effects of the climate crisis.

An agreement after 30 meetings

This unprecedented agreement, agreed on the sidelines of the official negotiations of the Glasgow Summit, stands out as one of the most important news of this week in climate matters. “The United States and China have been honest with each other. Both presidents have made it clear that, even if they disagree on some issues, it is important that they work together to address the climate crisis, “argued John Kerry, the US diplomat in charge of the climate negotiations.

“Both countries have seen that climate change is an existential challenge. For this reason, being two great powers of the world, we must assume all our due responsibility and work together to address this problem, “said Xie Zhenhua, Chinese ambassador on climate policies. According to both diplomats, the agreement between the United States and China has been forged after more than 30 bilateral meetings behind closed doors and “multiple discussions during the Glasgow Summit”.

Final stretch of the Climate Summit

This unexpected agreement has come after a very tense day at the Glasgow Climate Summit (COP26). This Wednesday, the publication of the first draft of the climate agreements pointed out that, far from achieving a global agreement, the debate on how to cut emissions was postponed for another year or two. The fact that the negotiations reached their final stretch without a clear compromise on the table has angered many. Boris Johnson himself, British Prime Minister and host of the event, appeared this afternoon to claim the heads of state around the world to pick up the phone, call their negotiators at the Summit, and give them more leeway to close a deal.

The news of the agreement between the United States and China has arrived in the late afternoon, unexpectedly and awakened big applause in the corridors of COP26. Many of the attendees, excited by the announcement, have toasted in front of the negotiating rooms. On the outskirts of the compound, some protesters have also jumped for joy seeing that, at last, the super pollutants of the globe are ready to cooperate to stop this crisis. It is not yet clear whether this bilateral agreement will be carried over to the final Glasgow text. Of course, at least for now this pact opens a gap of hope in the fight against the climate crisis.