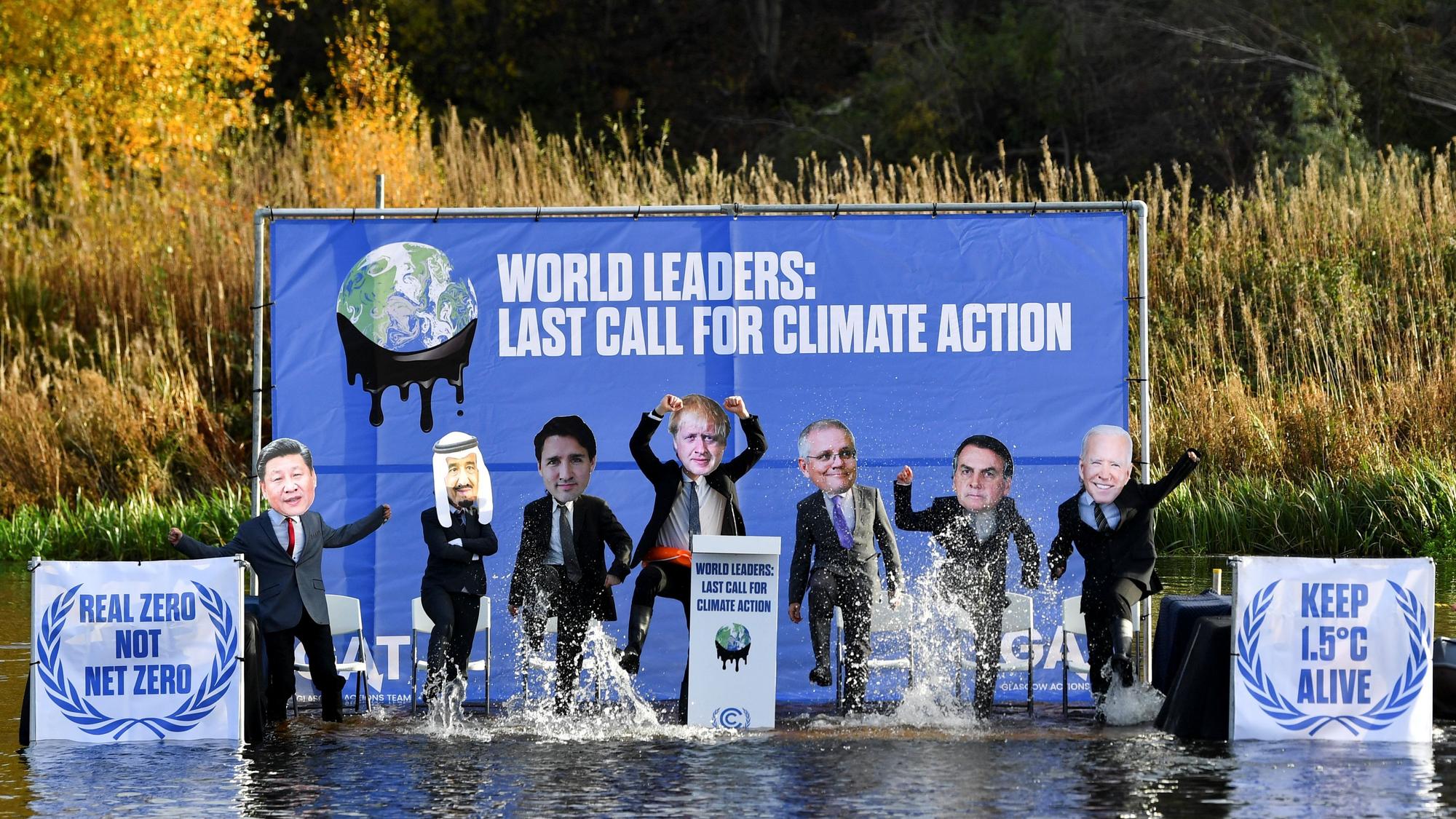 Glasgow seeks how to control the emissions of each country

For nine days now, governments around the world have debated at the Glasgow Climate Summit (COP26) on how to deal with all the faces of the climate crisis. Much has been said about the difference between the measures agreed to stop the advance of global warming and those that would actually achieve it. There has also been a grudging discussion about how aid will be delivered to the countries of the global south which, despite being the least polluting on the globe, are the ones that are now suffering the most serious consequences of this ecological crisis. There are still many questions in the air but, after more than a week of negotiations, eThe time for debate is coming to an end. As of this Tuesday, Glasgow will have to begin to define the final text of the agreement of this Summit; the compromise that may (or may not) change the future of the planet.

There is only three days left until the Glasgow Climate Summit officially comes to an end and, as COP26 President Alok Sharma stated on Tuesday, “there is still a mountain to climb“.” We are making progress, but still much remains to be done in the next few days. The commitments agreed to date represent progress but we need to go further to achieve the 1.5 degree objective, “argued the spokesperson for the negotiations at a press conference this afternoon. The Summit organization estimates that, If there is no unforeseen event, this Wednesday the second draft of the negotiations will be published and the Friday the final result will be announced.

One of the most controversial issues on the debate table right now has to do with transparency mechanisms that, from now on, countries will have to apply to demonstrate your pollution levels. Until now, the fact that governments themselves calculated their emission levels sowed doubts about the veracity of the balance sheets. A recent investigation of the newspaper ‘Washington Post’, in fact, reveals the “huge gap & rdquor; between the balances that governments submit to the United Nations and the reductions that they are actually making. For this reason, as this newspaper has been able to verify, one of the proposals that are being worked on during this Summit is the creation of a independent scientific committee in charge of monitoring global emissions levels and taking stock of who is really meeting their commitments and who is not.

Disconnection with the “voices of the street”

While inside the Climate Summit people continue to talk about the climate crisis in technical, political and economic terms, in the streets of Glasgow the discourse is different. This Tuesday morning dozens of activists They have once again concentrated on the doors of the COP26 venue to make their voices heard. Spokesmen for the indigenous peoples of Brazil, for example, have branded Bolsonaro’s environmental policies as “a crime against humanity, a genocide and an ecocide. “They have also criticized that, once again, the negotiations on the future of the Amazon are not taking into account the people who inhabit those lands: the indigenous people.

One of the most repeated complaints by activists and protesters is “the disconnection between the street and the negotiating table“This year, the covid-19 protocols have further shielded the area where the political debate is taking place. Right now, in fact, to access the venue where these decisions are being made an official accreditation is necessary (only available to a limited number of attendees), a negative antigen testay go through multiple security checks. In practice, this assumes more than a kilometer away between the epicenter of the political debate and the place where citizens are expressing their concerns.

Activists fear that, one more year, the Climate Summit will close with a agreement too weak and too fuzzy to face the advance of the climate crisis. And that, according to countless reports, millions of people around the world are already exposed to some of the most devastating consequences of this crisis. To show the seriousness of the problem, this Tuesday a group of activists used the waters of the River Clyde, which borders the COP26 venue, to show how the rise in sea level continues to advance despite “empty promises” from the main global leaders. “Glasgow is the last call for climate action“activists shouted at the top of their lungs in the hope that their voices would be heard from the negotiating tables.