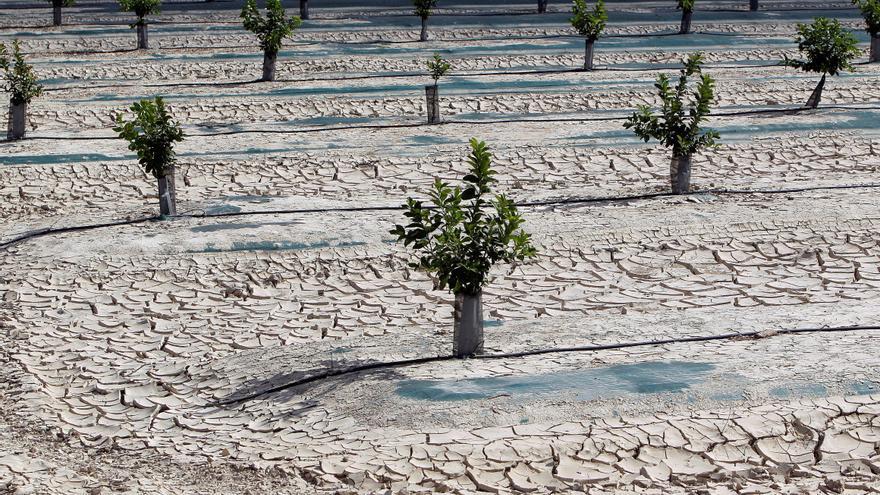 Drought in Spain: The vegetable garden of Europe cries for the Tagus

The province of Alicante and a good part of Murcia, with a deficit of rainfall that in some regions, especially south of the former, is similar to that of the Atacama desert in Chile, it directly suffers the scourge of periods of drought due to the fact that, by itself, it lacks sufficient water resources to maintain its fruit and vegetable production. A sector of the economy that employs 50,000 people and that would not have been possible without the contributions of flows that have been arriving for 41 years due to the Tajo-Segura transfer, an infrastructure today threatened by climate change and by the traditional ‘anti-invasion’ character. ‘of the Government of Spain, convinced that the future involves the desalination of sea water. A flow whose price is impossible for farmers.

In Alicante it has been cultivated for millennia -thanks to the more than 3,000 hours of sunshine a year-, everything for internal consumption and export but, nobody hides it, if no water came from other basins, such as the Tagus, it would be impossible. But not only for agriculture, but also for tourism, both residential (second home), and for the thousands of tourists who choose hotels. In Benidorm, for example, the most veteran have in their retinas the images of Cuban ships supplying the population in the mid-70s. German tourism left and has not returned. And another derivative: those who suffer it affirm it. Not in Alicante You know rain, because when it does it is torrentially destroying everything in its path.

The progress of the desertification process both due to natural causes and due to the abandonment of crops by farmers because many have ceased to be profitable, has caused that in the last 20 years 40% of the fertile soil has been lost, when passing from the 180,000 hectares in production in 2000, to the current 130,000 (2020).

Alicante is the second Spanish province after Almería (70%) where the problem of erosion is greater although, paradoxically, the dramatic situation is also beginning to move towards the north of Spain. More than a third of the province is at significant risk of loss of arable land. The National Action Program against Desertification warns that 94,360 hectares are affected by the process and another 89,989 are in very high danger, which amounts to about 40% of the total of the 581,000 hectares of surface that Alicante has.

Due to the problem of lack of rain, fires and erosion, the Ministry for Ecological Transition has verified that Climate change projections foresee that aridity and rising temperatures will multiply the desertification process, understood as land degradation, until 2040. Technicians warn that the advance of aridity can affect the water supply of trees, which would limit carbon fixation. Areas with a situation of The greatest risk are the coastline of the Marina Baixa (with capital in Benidorm), the interior of l’Alacantí (the region of the capital) and the entire Alto and Medio Vinalopó (Villena and Elda), as well as the interior of the Vega Baja ( Orihuela, Torrevieja, & mldr;), but this to a lesser extent. These areas correspond to the location of overexploited aquifers and in which the water level is 400 and 500 meters deep.

As in the sahara

The province has lost 50,000 hectares of crops so far this century, going from 180,000 in production in 2000 to 129,900 with which 2020 closed. A process that, paradoxically, came to a halt last year (the surface cultivated fell 1% compared to 2019), due to a greater demand for products in Europe and a kind of “boom” in citrus, which replaced the hundreds of uprooted vines.

According to the rainfall records managed by the Laboratory of Climatology of the University of Alicante, there are regions of the province that register rainfall values ​​in some municipalities below, even, that those of the Sahel, the inhabited area between the Sahara and the border of the Sudan savanna, where rainfall is at 120 liters per square meter per year. In the province, soil moisture dropped below 10% in 2014 due to lack of rain. A centimeter of soil can take up to a thousand years to form after losing all its qualities.

Some 1,500 million tons of soil are lost by erosion annually in Spain, Which is to say that 3,000 tons of soil are destroyed every minute. If one takes into account that nature invests 1,000 years in generating a couple of centimeters of soil thickness and that, according to some soil scientists, our country loses 1 millimeter of soil every year, it can be deduced that its regeneration capacity is currently 20 times less than your loss.