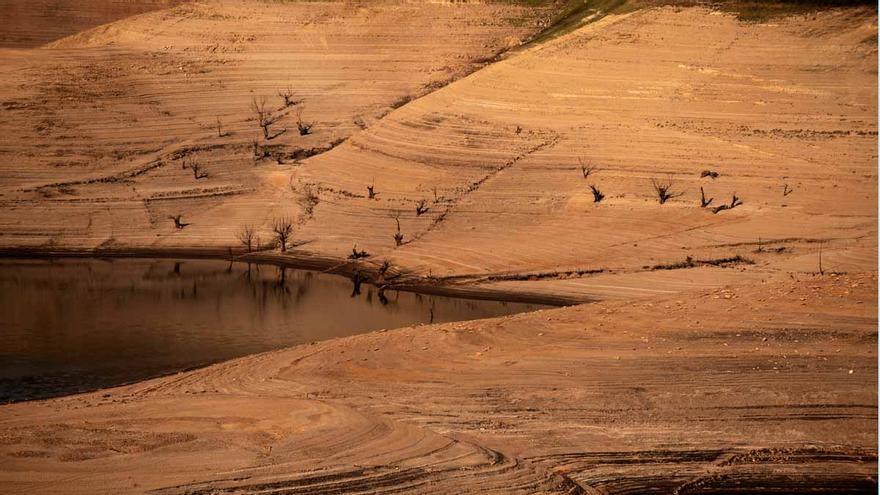 Drought in Spain: Galician reservoirs lost 40% of their capacity since 2019

It will soon be two years since the arrival of the storm ‘Cecilia’ in Galicia. And with their rains, the reservoirs managed to reach the following figures: 86% of their capacity in those of Galicia-Costa, dependent on the Xunta and with 588 cubic hectometres at the time; and 67% for Miño-Sil, managed by the central government and remaining at 2,000 hectometres. But in the last two years, these basins have dropped by 40%. According to data provided yesterday by the Ministry for the Ecological Transition and the Demographic Challenge (Miteco), the average in Galician reservoirs is 42.7% of their capacity. In the last week they have lost another 11 cubic hectometres.

In comparison, they offer the worst figures in the north of the peninsula and just when the hydraulic reserve has been accounted for after days of rain. The dams in the Galicia Costa basin are at 51.6% with 353 cubic hectometres – nine less than seven days ago. And Miño-Sil is below its capacity: with 40.7% and 1,233 cubic hectometres —two less than last week—. Meanwhile, the Eastern Cantabrian has a reserve of 63%, the Western Cantabrian 55.6%, the internal basins of the Basque Country 66.7% and the internal Catalunya 66.3%. Other peninsular reserves that exceed 50% are Tinto, Odiel and Piedras, at 65.5%; and Júcar at 51.3%.

In total, the Galician dams accumulate 1,586 cubic hectometres of the 3,030 they could store. Throughout Spain, the water reserve has risen with the latest rainfall and reaches 39%. 21,897 cubic hectometres of water are currently stored: 111 more than last week. From the Ministry for the Ecological Transition they emphasize that the rains have considerably affected the entire peninsula and have improved the situation of the reservoirs. For example, the maximum was registered in Madrid Retiro with 118.9 liters per square meter. But the rains in Galicia are not being accompanied by an increase in the level in these basins.

At a general level, the data provided by the Ministry for the Ecological Transition indicate a slight increase this week throughout Spain due to the rains on the Todos los Santos bridge: 0.2%. But the basins are not experiencing their best situation. The reservoirs store 23.98% less water than the average of the last ten years and 15.98% less than at the same time last year.

In an analysis by provinces, Ourense is the worst in Galicia with 39.68% of its reserves. Ten years ago, it was 61.72%. And on the same dates last year, the basins of Ourense reached 61%. In the same week last year, Galicia achieved 59% of its capacity. At that time it had more than 1,900 cubic hectometres, according to data from the state network.