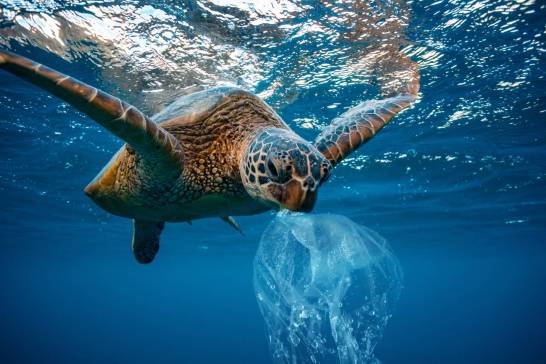 Protecting the oceans is key to mitigating the climate crisis

An article published in the magazinea Aquatic Conservation affirms that measures to tackle climate change and reach the Paris Agreement will not be successful if the oceans are not taken into account.

In a speech addressed to the leaders of the Glasgow Climate Summit (COP26), the authors of the paper have provided examples of how feedback loops between the ocean and the climate are exacerbating the climate crisis.

“The pace of climate change continues to accelerate, to a large extent, linked to changes in the ocean, which causes a continuous deterioration of nature and an alteration on a planetary scale”, warn the authors

“The pace of climate change continues to accelerate, largely linked to changes in the ocean, which causes a continuous deterioration of nature and a alteration on a planetary scale of the environment, people and our whole future ”, they pointed out.

In his opinion, scientists are aware of the role that the ocean plays in both mitigating and exacerbating climate change, “but politicians ignore it.”

The document is drawn from the work of researchers around the world and sets out key areas for further work to integrate the ocean into climate action.

Dan Laffoley, a world expert on ocean conservation, warned that “no more time can be wasted. The changes we have already made to the ocean system will be felt for centuries and are exacerbating the climate crisis. Everything we can do now to help the ocean weather the climate will help us, as protecting the oceans is ultimately a matter of human survival. “

The document indicates the need to adopt a planetary approach when making decisions. It identifies the key ways in which the ocean, on the one hand, mitigates climate change by absorb excess heat and carbon of the atmosphere and, on the other hand, it aggravates it, since the failures in the oceanic systems exacerbate the extreme meteorological phenomena, modify the ocean currents and reduce their capacity to absorb carbon.

The authors call on leaders to protect the ocean, stating that “to reverse the situation and make the planet habitable, we must recognize and give greater importance to the critical role that the ocean plays in the Earth system.”

The ocean bears the heaviest burden in terms of climate mitigation, absorbing more than 90% of the excess heat produced, compared to a mere 3% absorbed by the land.

They also indicate that “the adoption of urgent measures necessary to clean it up and protect it from a planetary approach, that is, the scale in which the processes that sustain life operate ”.

The ocean bears the heaviest burden in terms of climate mitigationIt absorbs more than 90% of the excess heat produced, compared to a mere 3% absorbed by the earth.

In addition, it represents the largest carbon sink on the planet. However, this activity is detrimental to the ocean, as it erodes its ability to function and creates feedback loops that exacerbate climate change.

An example of the interconnection between the ocean and climate change is the stratification, a process whereby hot and cold water, along with salinity, are increasingly separated. Stratification is produced by the warming of the oceans, but also by increased rainfall, which in turn responds to warming and stratification.

A stratified ocean has multiple negative effects, from increased marine heat waves and extreme weather events to the reduction of the ocean’s capacity to absorb carbon and the modification of ocean circulation.

“The forgotten ocean – why COP26 must call for vastly greater ambition and urgency to address ocean change”. Aquatic Conservation