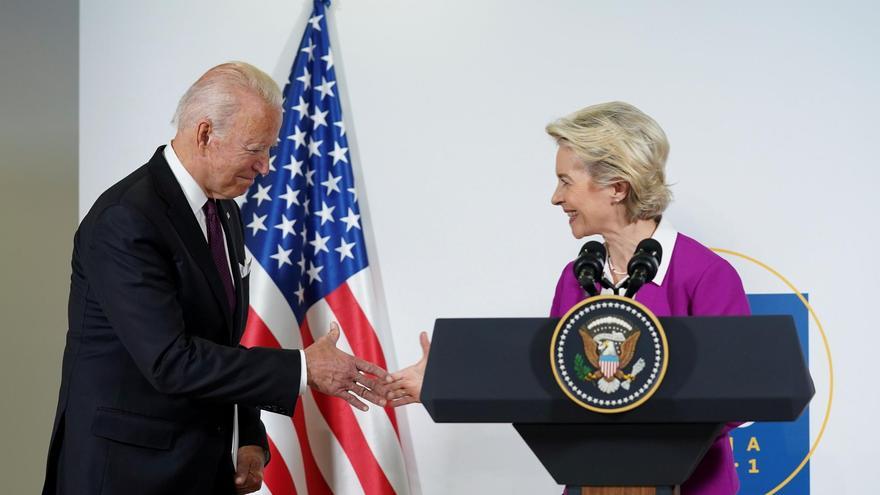 The European Union and The United States promoted this Tuesday at COP26 an alliance to reduce methane emissions by 30% this decade, a global pact against this powerful greenhouse gas less known than carbon dioxide to which a hundred countries have joined, but not China, India and Russia.

Meeting this objective would limit the increase in temperatures by 0.2 ºC by 2050 and avoid 200,000 premature deaths, hundreds of thousands of emergency hospital admissions for asthma and the loss of 20 million tons of crops a year, according to the sponsors of the proposal.

“Around 30% of global warming since the Industrial Revolution is due to methane emissions”, but “it is one of the gases that we can cut faster. And doing so will immediately slow down climate change,” he said in the presentation of the initiative was the President of the European Commission, Ursula von der Leyen.

Methane (CH4) comes mainly from landfills, the livestock sector and the energy sector, and it is the latter area of ​​activity that presents “undoubtedly the most potential for reduction,” said Von der Leyen in that act of the summit program. climate COP26 that is celebrated these days in the British town of Glasgow.

“About half of the heat we experience” comes from methane emissions, said the president of the United States, Joe Biden, to describe one of the several gases that cause the greenhouse effect, such as nitrous oxide, tropospheric ozone, water vapor or fluorinated gases, among others.

The US president recalled that when the initiative was announced last September only the EU and nine countries had joined it, which now exceeds one hundred with partners such as Colombia, Togo, Vietnam, Brazil, Canada, Ecuador, Micronesia, Chile, Indonesia or Morocco.

The signatories represent 70% of gas emissions

Despite the absence of the three major emitters that drag the most in terms of the climate fight, Russia, India and China, the signatory countries represent around 70% of the emissions of this gas.

“What we do between now and 2030 is going to have a significant impact on whether or not we can meet our long-term commitments“said Biden, who was confident that it could go” beyond “that expected reduction of 30% of CH4 emissions, which the United States will try to reduce in its agricultural sector and in its gas pipelines.

Methane is up to “80 times more destructive than CO2 and is fully responsible for 0.5 degrees of the 1.1 ° C warming we have today,” said the United States special envoy on climate change, John Kerry.

The pact seeks not only to reduce the amount of methane that is released into the atmosphere, but also to develop “best available inventory methodologies to quantify methane emissions”, which explains that the data on the impact and origin of that gas dance slightly depending on the source being consulted.

For his part, the president of Argentina, Alberto Fernández, insisted on his intervention in the importance of rich states helping to finance climate action of developing countries.