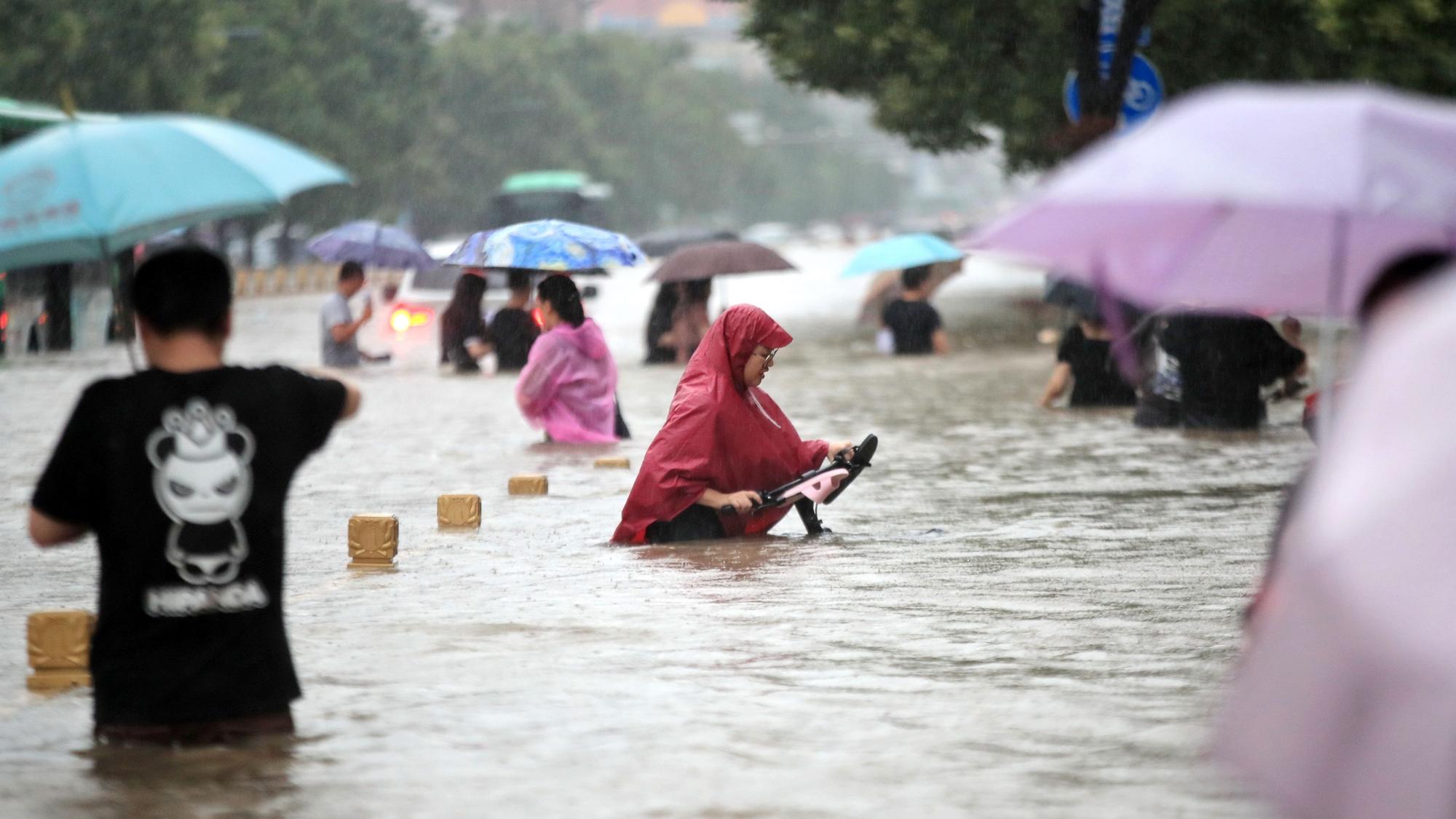 The last chance to save the planet begins to be built in the same city that gave birth to the first steam engines that more than a century ago they began to spit pollution to the atmosphere and that, in the long run, have triggered an unprecedented climate crisis. “Glasgow the city where the ‘end of the world clock’ started to work and now has to become a turning point; the beginning of the end of climate change“, has argued this Monday the British Prime Minister, Boris Johnson, during the inauguration of the Glasgow Climate Summit (COP26) before the watchful eye of Heads of State and political leaders from around the world.

For the next two weeks, the scottish town It will be the scene of key negotiations to stop the advance of global warming and mitigate the impact of the climate crisis. This Monday, as a preamble to this debate, activists around the world have taken the floor during the inauguration of the event to put a face to this global emergency. “In Kenya we already see how climate change is exacerbating droughts and making famines worse“said activist Elizabeth Wathuti.” In the Amazon, the rivers die and the animals disappear. The earth is speaking and telling us that we don’t have any more time, “added indigenous activist Txai Surui in an emotional speech in front of world leaders.

This is how the Glasgow Climate Summit, after showing the most human face of the damage caused by the climate crisis, has given rise to a unanimous commitment of heads of state around the world. At least on paper, practically all the countries present at COP26 commit to increase your climate commitments; to defray the damages of climatic extremes in the global south; and to put stronger measures to limit the global increase in temperatures to a maximum of 1.5 degrees on average. This is the promise with which the summit starts.

The first point that has been put on the table is the need to design more forceful measures to stop the global increase in temperatures. “The six years that have passed since the signing of the Paris Agreement have been the warmest since we have record. Either we stop climate change or climate change will stop us, “said Antonio Guterres, Secretary General of the United Nations. According to the latest global radiography of greenhouse gas emissions, the world is heading towards a global increase in temperatures of almost three degrees. This scenario, in Guterres’s words, would be “a climate catastrophe“.

“The science is clear on what to do. We know what steps need to be taken to stop this. We just need to take the step, “stressed the UN spokesman during his speech on Monday. The experts’ diagnosis calls for reducing emissions by 55% by 2030 and reaching net zero by mid-century.” We are heading in the right direction. , but we have to accelerate efforts, “added the Italian prime minister. Mario Draghi after recalling that this weekend the G20 countries, responsible for up to 75% of global emissions, have announced a (timid) agreement to limit global warming to 1.5 degrees (although in practice it is still not clear how this promise will carry over).

“Climate negotiations and agreements are much more than words that are reflected black on white. Our future depends on this. You do not need to hear my pain or my tears to know that climate change is real, “said the activist Brianna Fruenan, representing the peoples of the Pacific. During the opening ceremony, the call to action was unanimous among the speakers. “Anything less than the best will be too little. Anything later than now will be too late“, has added the writer Yrsa Daley Ward in reference to the need to increase climate commitments.

“Climate agreements are much more than words that are reflected black on white. Our future depends on this”

The kick-off of the Climate Summit has shown heads of state around the world the faces and stories that show better than any report what the impact of the climate crisis means. A simple summary of the extreme events of the last year has been enough to show that the low-income countries they are the ones who are suffering the most from the consequences of this crisis. “The world has failed to provide help to the peoples who are losing everything due to the climate crisis “, has reproached the Prime Minister of Barbados, Mia Amor Mottley, in reference to the unfulfilled promise of the 100,000 million dollars that rich countries pledged to donate to the global south to face this ecological emergency.

Several political leaders have tried pick up the glove of this call to solidarity to show once again that Glasgow can be a turning point for international cooperation. US President Joe Biden, for example, has announced that the United States will increase its contribution to these climate solidarity funds until reaching 3,000 million by 2024. The President of the Spanish Government, Pedro Sánchez, has also announced the Spain’s commitment to increase its contribution to these climate solidarity funds by 50% until reaching 1,350 million euros per year from 2025.

At least in its opening speeches, the Glasgow Summit has been presented as a “turning point” in the fight against the climate crisis. Although considering the experience of previous years, where good intentions were diluted with the passage of time, it is still too early to claim victory. We have ahead two weeks ahead of negotiations, disagreements and pacts. The November 12 We will know if COP26 has finally succeeded in transforming theory into practice; promises in agreements.