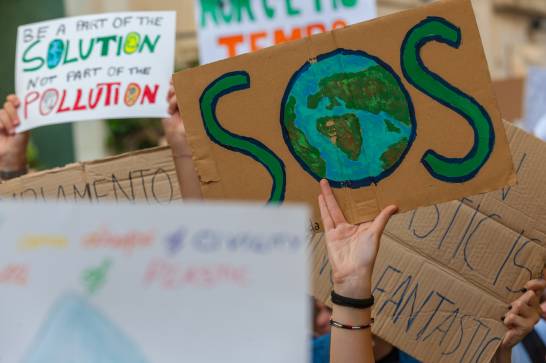 The Glasgow Climate Summit will do, but it won’t solve

For many of us, the words of the politicians summoned to the COP26 en Glasgow They are like a delayed echo of what we have been saying for 30 years. 40 years if we go back to the report of the meteorologist Jule G. Charney, or more than a century if we review the publications of various scientists who quantified the impacts of burn coal and oil in the temperature of the atmosphere.

The empirical results reveal that, on the one hand, a higher energy intensity contributes to a higher greenhouse gas emission, in addition to the fact that the uncertainty of economic policy negatively affects environmental quality, especially that related to the atmosphere and, finally, it reinforces the detrimental effect of energy intensity on CO emissions2. Climate change conferences barely address the economic uncertainty, which, from the outset, leaves an essential ingredient off the agenda.

Climate peaks are crucial, but exasperating. These climate change conferences supported by the United Nations Organization are proposed as the last chance to act. However, while they happen one after another each year, the content of greenhouse gases in the atmosphere and the consequent warming of the climate continue to increase.

The decision-making process is governed by consensus, which means that the pace is set by the least willing. Despite this, POPs continue to play a crucial role. On the one hand, some have made history, such as COP21 at the 2015 Paris meeting, where countries pledged to keep the Earth’s temperature rise since the mid-nineteenth century well below 2 ° C. Let us also not forget that science, diplomacy, activism and public opinion that support the summits, make them the best mechanism the world has to accept and analyze a fundamental truth.

The dream of a planet of almost 8 billion people living in material comfort it will be unattainable if it is based on an economy powered by coal, oil and natural gas. This reality, so evident to many, has not yet been translated into direct actions and even today more than 80% of the immense amount of energy we consume on a daily basis comes from burning fossil fuels.

The dream of a planet of nearly 8 billion people living in material comfort will be unattainable if it is based on an economy powered by coal, oil and natural gas.

Until this message is globally assimilated and accompanied by determined political and economic actions, the minimum objective to which a COP like the one in Glasgow can aspire is for European countries accompanied by a few more to take bold and swift measures, which cannot be thwarted by the others.

COP26 will not solve climate change. But hopefully it will serve three goals that are aligned with this distant and still utopian goal: successfully addressing the 1.5 ° C challenge (that is, staying well below the high-risk atmospheric temperature), comply with the funding of about $ 100 billion so that developing countries can adapt to climate change, and establish a new agreement regarding article 6, the controversial article on carbon markets that allows trading emissions between countries.

Europe is the great hope, in fact, the only region on the planet that has significantly moderated its CO emissions2 in recent decades and has raised its reduction expectations from 40% to 55% by 2030 in your star program brings together state-of-the-art technical tools and a package of regulatory and fiscal reviews to achieve this emissions reduction goal on time. But our continent neglects the emissions that are generated by its cause outside its borders and Europe only represents a part, and not exactly the largest, of total emissions. For this reason, it can play a more important role as a negotiating and inspiring agent than for its net and direct contribution to the emission reduction.

What we can assure you is that COP26 will once again raise the pressures on our politicians to act boldly, putting scientific evidence on climate change and people’s health before economic and partisan interests. We will see if the pressure from both sides has the desired and necessary effect in the agreements and we can celebrate that Glasgow 2021 does not go into the drawer of irrelevance.