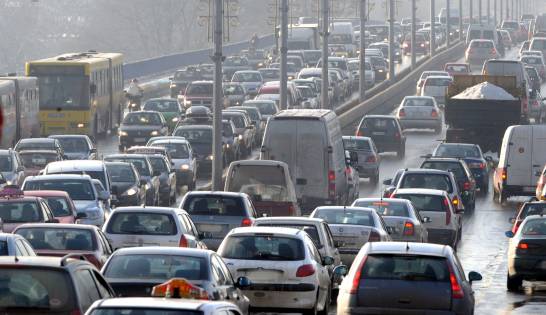 The abundance of heat-trapping greenhouse gases in the atmosphere reached a new record again last year, and the annual rate of increase recorded was higher than the average for the period between 2011 and 2020. That trend has continued in 2021 , as noted in the World Meteorological Organization (WMO) Bulletin on Greenhouse Gases.

The concentration of carbon dioxide (CO2), the most abundant of greenhouse gases, reached 413.2 parts per million (ppm) in 2020 and stands at 149% of pre-industrial levels. Regarding methane (CH4) and nitrous oxide (N2O), their concentrations were equivalent, respectively, to 262% and 123% of the levels of 1750, the year chosen to represent the moment in which human activity began to alter the natural balance of the Earth.

The economic slowdown caused by COVID-19 did not have any obvious effect on the atmospheric levels of greenhouse gases, nor on their rates of increase, although there was a temporary decrease in new emissions.

If emissions are not stopped, the global temperature will continue to rise

El CO2 It is a gas characterized by its long life and, therefore, the currently observed temperature level will persist for several decades even though emissions are rapidly reduced until reaching the level of net zero. If this is coupled with global warming, the result will be the proliferation of extreme weather events, with far-reaching socio-economic impacts.

About half of the CO2 currently issued as a result of human activities it remains in the atmosphere, while the oceans and terrestrial ecosystems absorb the other half. The WMO bulletin alerts to the possibility that, in the future, oceans and terrestrial ecosystems lose effectiveness as sinks, and that this impairs their ability to absorb CO2 and act as regulators that prevent even greater increases in temperature.

About half of the CO2 emitted today as a result of human activities remains in the atmosphere, while the oceans and terrestrial ecosystems absorb the other half.

The work shows that, between 1990 and 2020, the radiative forcing exerted by the gases of long life greenhouse effect –An effect that warms up our climate– increased by 47%, and about 80% of that increase was due to CO2. These percentages have been calculated thanks to the monitoring carried out by the network of the WMO Global Atmosphere Watch Program (GAW).

“The newsletter sends a strong scientific message to climate change negotiators who will participate in the 26th session of the Conference of the Parties (COP26) to the United Nations Framework Convention on Climate Change. current rate of increase in greenhouse gas concentrations, the increase in temperature at the end of this century will far exceed the target established under the Paris Agreement of limit global warming to 1.5 or 2 ° C above pre-industrial levels, “said WMO Secretary-General Professor Petteri Taalas.” We are far off the beaten path. “

Carbon dioxide remains in the atmosphere for centuries and even longer in the oceans. The last time a concentration of CO was recorded on Earth2 comparable was between three and five million years ago. “At that time the temperature was 2 to 3 ° C warmer, and the sea ​​level, between 10 and 20 meters higher than the current one, but then there were not 7.8 billion people on the planet, “explains Taalas.

“Many countries are setting targets to achieve emissions neutrality carbon and it is expected that COP26 will produce a spectacular increase in commitments assumed in that sense. But we must crystallize those ambitions into action. There is no time to lose, “he concludes.