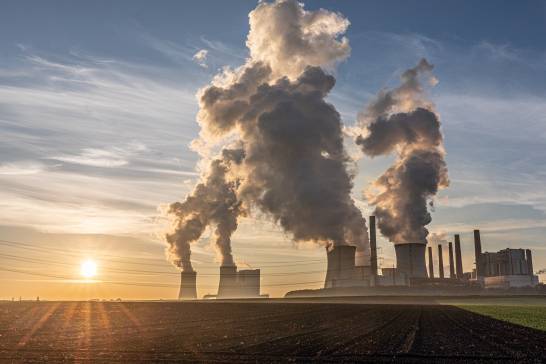 A few days after starting the Climate Summit in Glasgow (COP26), the United Nations Environment Program (UNEP) today presented its long-awaited Annual Report on the Greenhouse Gas Emissions Gap, called The Heat Is On, which compares the emission reductions promised by countries and those needed to meet the Paris Agreement.

The work reveals that the current nationally determined contributions (CDNs), which each country undertook to deliver and improve to achieve a substantial reduction in CO emissions.2, are not currently sufficient to achieve the objective of limiting the increase in global average temperature to 1.5 ºC.

According to the report, current climate commitments only represent an additional 7.5% reduction in annual greenhouse gas emissions forecast for 2030, compared to the round of commitments previously delivered. Experts recall that reductions of 30% in emissions are needed to stay on the path of 2 ° C and 55% for 1.5 ° C.

“The panorama that the report draws is bleak: less than half of the CDNs received from governments are really more ambitious than the first round presented in 2015 or 2016,” he emphasizes. Joanna Depledge, researcher at the Center for the Environment, Energy and Governance of Natural Resources of Cambridge (United Kingdom).

“Climate change is no longer a problem of the future. It is a problem for now ”, he remembers Inger Andersen, Executive Director of UNEP.

As of September 30, 2021, only 120 countries, accounting for just over half of global greenhouse gas emissions, reported their new NDCs. Only three G20 members announced new mitigation pledges for 2030.

To have any chance of limiting global warming to 1.5 ° C, the world has eight years to reduce annual emissions by an additional 28 gigatons of CO2 equivalent (GtCO2e), in addition to what was promised in the updated NDCs and other commitments for 2030.

To have any chance of limiting global warming to 1.5 ° C, the world has eight years to reduce annual emissions by an additional 28 gigatons of CO2 equivalent

To put this figure in perspective, carbon dioxide emissions alone are expected to reach 33 gigatons in 2021. If all other greenhouse gases are taken into account, annual emissions are around 60 GtCO2e.

The experts coincide in emphasizing that the work, which is in its twelfth edition, shows a blatant contradiction in the spirit of the Paris Agreement: “Several G20 countries have sent updated CDNs that are not better than their previous offer (Australia, Brazil and Mexico), or are so weak that they do not require further political measures (Russia)”, he regrets Depledge.

In this way, two main gaps are revealed. The first is observed in the ambition gap between the promises of countries and the cuts needed to meet their goals. “The second, even more worrying, is a implementation gap“Many large issuers are not even on track to meet their existing national commitments,” continues the expert.

According Piers Forster, Professor of Climate Change and Director of the Priestley Center at the University of Leeds (UK), “This presents too grim a picture. It is true that the emissions gap for 2030 still exists, but if you look at their figures, you can see that the gap in the longer-term emissions targets is almost closed ”.

Many of the G20 countries, including the UK, have yet to hand over their CDNs. “These national plans show that the cost of action is much lower than that of inaction, so we are risking everything at the COP to further close these gaps,” adds Forster.

Regardless, the report opens a window to the esperanza with the objectives of climate neutrality. A total of 49 countries, in addition to the European Union, have promised a target of net zero, such as Spain for 2050, which will achieve net emissions equal to zero by balancing the amount released into the atmosphere with the equivalent captured or withdrawn.

“Most importantly, the Zero Targets Club now includes the world’s two largest emitters, China and EE UU”Says Depledge. Following the report’s close, Saudi Arabia (by 2060) and Australia (by 2050) have also committed to the goal of net zero.

Net zero commitments could reduce another 0.5 ° C and thus leave the projected rise in global temperature at 2.2 ° C, if fully met

In this sense, the report shows for the first time in a full chapter that promises of carbon neutrality could make a big difference. These commitments could reduce another 0.5 ° C and thus leave the expected rise in global temperature at 2.2 ° C, if fully met.

“The verdict is mixed. On the one hand, if applied, the current net zero targets would lower the temperature projections for the next century by about half a degree, bringing the central estimates closer to 2 ° C, although they would not be in line with keeping global warming very low. below 2 ° C, and much less than 1.5 ° C ”, highlights Joeri Rogelj, researcher and one of the lead authors of two chapters of the report.

But the attractiveness of net zero is also its weakness: “It is a long-term objective, very distant in time, which allows for the postponement of difficult decisions,” he stresses. Joanna Depledge.

Thus, these net zero promises remain vacancies e incomplete In many cases, the countries’ short-term objectives do not yet place emissions on a clear path of reduction. Twelve members of the G20 have promised a net zero target, but they remain highly ambiguous.

“This casts doubt on whether these commitments will ever be achieved. Countries can reduce these doubts by taking a step forward and moving from goals to strategies, plans and policies to achieve zero-emission ambitions on the ground, ”says Rogelj.

Action also needs to be brought forward to be in line with the 2030 goals. “The world has to wake up from the imminent danger we face as a species,” says Andersen.

The potential of methane and market mechanisms

Like every year, the report also examines the potential of specific sectors. This time, it focuses on the methane and the market mechanisms. The reduction of methane emissions from the sectors of fossil fuels, the waste and the farming it can help close the emissions gap and reduce warming in the short term.

Methane emissions are the second largest contributor to global warming. This gas has a global warming potential more than 80 times higher than that of the carbon dioxide in a horizon of 20 years; Besides, his life in the atmosphere is shorter than CO2 –Only twelve years, compared to hundreds of years for the latter–, so reductions in methane will limit the rise in temperature more rapidly than those of carbon dioxide.

The carbon markets, for their part, have the potential to reduce costs and therefore encourage more ambitious reduction commitments, but only if the rules are clearly defined, are they designed to ensure that transactions reflect actual emission reductions, and they rely on agreements to track progress and provide transparency.

Revenues earned through these markets could finance mitigation and adaptation solutions at the national level and in vulnerable nations, where the burdens of climate change are greatest.

The study concludes that in most countries it has been wasted the opportunity to use the rescue spending and fiscal recovery of covid-19 to stimulate economy and support at the same time climate action.

The pandemic caused a decrease in global CO emissions2 from 5.4% in 2020. However, total emissions in 2021 are expected to rise again to a level only slightly below the 2019 record.

Only about 20% of total investments in recovery through May 2021 are likely to reduce greenhouse gas emissions. Of this spending, almost 90% corresponds to six G20 members and a permanent guest.

Spending for covid has been much lower in low-income economies (US $ 60 per person) than in advanced economies (US $ 11,800 per person). Gaps in the financing exacerbate differences in vulnerable nations in climate resilience and mitigation measures.