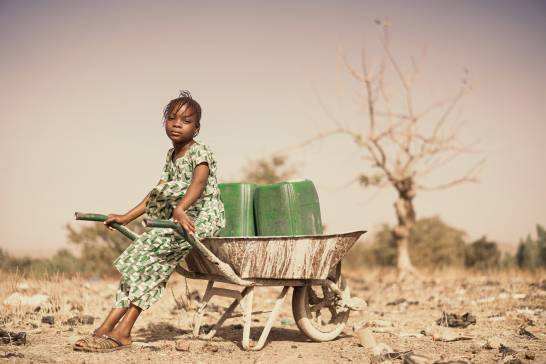 Every year since 2016 the report is published Lancet Countdown on the impact of the climate crisis on health. Thanks to the collaboration of leading researchers, such as Spanish Jaime Martínez-Urtaza of the Department of Genetics and Microbiology of the Autonomous University of Barcelona, In international academic institutions –38 this time– and United Nations agencies, this work includes new, updated and improved indicators that independently monitor the health consequences of a changing climate.

The 44 exposed in this report warn of a ‘code red‘and indicate “an incessant increase in the effects of climate change on human health and the consequences of the inconsistent and delayed response of countries around the world on health”.

Its publication also coincides with the imminent celebration of the 26th Conference of the Parties of the United Nations Framework Convention on Climate Change (COP26) in Glasgow, UK, where countries are facing pressure to make the ambitious Paris Agreement a reality. Among the objectives set, one of the most urgent is to maintain the increase in global average temperature at 1.5 ° C, and mobilize the economic resources necessary for all countries to have an effective climate response.

Although socioeconomic development, public health interventions, and advances in medicine have decreased the global burden of transmission of infectious diseases, climate change could decimate efforts made in control and eradication, according to this report.

The number of months with suitable conditions from an environmental point of view for the transmission of the malaria (Plasmodium falciparum) increased by 39% from 1950 to 1959 and from 2010 to 2019 in densely populated areas at higher altitudes and with a human development Index (IDH) bajo.

“This increase in environmental fitness poses a threat to highly disadvantaged populations in these areas, who were comparatively safer from malaria than those in lower lands,” the authors say.

In turn, the epidemic potential of dengue, Zika and chikungunya viruses, which currently mainly affect the populations of Central America, South America, the Caribbean, Africa and South Asia, increased on a global scale.

On the other hand, with the increase in average temperatures and the alteration of rainfall regimes, the climate crisis is beginning to reverse the years of progress in the fight against the food and water insecurity It still affects the most underserved populations around the world.

In 2020, extreme droughts affected up to 19% of the world’s land surface, a value that had not exceeded 13% between 1950 and 1999. In parallel with the droughts, the increase in temperature is affecting the yield potential of the main crops basics of the world.

“The simultaneous and interconnected risks posed by extreme weather events, the transmission of infectious diseases and food, water and financial insecurity are burdening the most vulnerable populations. Through multiple simultaneous and interactive risks, climate change threatens to reverse years of progress in public health and sustainable development ”, they emphasize.

In a comparative analysis with what happened during the covid-19 crisis, the authors of this work emphasize that, as of ten months in 2021, global and equitable access to the vaccine against covid-19 had not occurred.

At the current rate, it would take more than 150 years for the energy system to fully decarbonize, and the response is being uneven across countries

On the other hand, the response is being uneven between countries also in terms of meeting the objectives of the Paris Agreement, aimed at halving global greenhouse gas emissions in a decade. At the current rate, it would take more than 150 years for the energy system to fully decarbonize.

“With a planet facing an inevitable increase in temperature, even if the most ambitious mitigation of climate change were implemented, accelerated adaptation would be essential to reduce the vulnerability of populations in relation to climate change and protect the health of people all over the world ”, they point out.

For experts, the global pandemic has driven a greater commitment with health and climate change in multiple spheres of society, for example, with the participation of 91 heads of state in the UN General Debate 2020 and a recently extended commitment among countries in the very high HDI group. But they believe that “it remains to be seen whether the recovery from covid-19 favors or counteracts these trends.”

“The fight against climate change requires that all countries give an urgent and coordinated response, with the allocation of recovery funds in relation to covid-19, to support and guarantee a just transition towards a future with low carbon emissions and adaptation to climate change throughout the planet. The world leaders they have an unprecedented opportunity to offer a future with better health, fewer inequalities, and economic and environmental sustainability. However, it will only be possible if the world acts together to ensure that no one is left behind ”, they conclude.