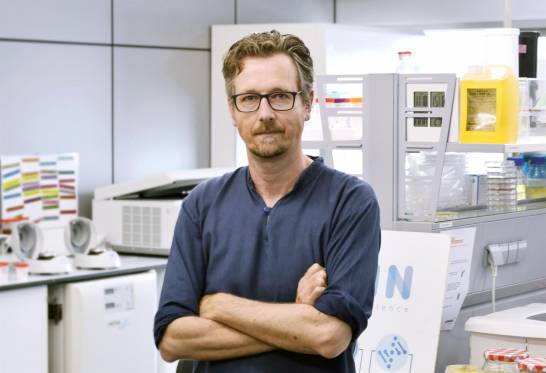 A Spanish study on the bacterioma of discarded chewing gums, 2021 Ig Nobel Prize

There are scientific discoveries that deserve a Nobel and others, apparently more fun, that rise with the Ig Nobel, alternative prizes for the more informal science that humorously praise those discoveries that make smiles.

Manuel Porcar, researcher of the University of Valencia (UV), received last September the award for its analysis of bacterial population present in chewing gums stuck on the sidewalk of any city.

The Ig Nobel are considered a parody of the Swedish awards, although in this case with results that are not at all funny, as they could contribute to the decontamination of these chewing gums and other plastics.

This “enthusiast” —as he describes himself— of microbiology and biotechnology, was born 49 years ago in the Castellón town of Vinaròs and is currently leading the Institute of Integrative Systems Biology (I2SysBio) of the University of Valencia, in addition to running his own company, Darwin Bioprospecting Excellence.

The bacterial load in gum changes in a matter of weeks, and, surprisingly, oral bacteria last for quite a long time when the gum is on the ground.

In this, they not only isolate, characterize and produce microorganisms with a wide variety of applications, but rather innovative products such as a preparation for making sourdough bread are marketed.

Porcar explained that someone, whose identity they do not know, nominated them for these awards and without waiting they received a call informing them that they had been awarded. “It’s like when you win the lottery without buying the ticket,” he jokes.

The study, published in the journal Scientific Reports, has shown that the bacterial load of gum changes in a matter of weeks, and that, surprisingly, oral bacteria last for quite a long time when the gum is on the ground.

Plastic removal and other applications

Porcar assures that the idea arose “walking”. He saw the gum on the floor and it occurred to him to study the macrobiota (set of bacteria) present in these wastes.

They took advantage of the vacations of each member of the team to collect samples, and even one of the signatories of the study, Leila Satari, he chewed a piece of gum and they analyzed it over the course of several weeks.

The results of the work, carried out together with the aforementioned Satari, Alba Guillen and Angela Vidal-Verdú, may be relevant and have applications in various fields, such as in the forensic investigation or in the plastic disposal through bacteria.

The researcher argues that chewing gums “could be vectors of bacterial diseases long after being thrown to the ground.” And he adds: “We have found bacteria that can be used to clean the gum itself, because they eat it!”

Oral bacteria “last surprisingly long once the gum is on the floor; Furthermore, many of the bacteria that we have isolated from older gum they have the potential to bioremedy the gum itself, that is, to degrade it, ”adds Porcar.

The I2SysBio research team points out that these long-lived residues have been used for human genetic analysis in criminology – taking a sample could place a suspect of a crime or offense in a specific place – and archeology.

In addition, he notes that his findings have implications for a wide range of disciplines, including the forensic Medicine, the disease Control contagious or the one already commented waste bioremediation chewing gum.

The researcher explains that these bacteria that eat the gum’s own components, and “it is never ruled out that they can spread to other substrates such as latex or other plastic components ”.

Ig Nobel, prizes that make you laugh and then think

The award was born in the US as a Nobel Parody and recognizes the achievements of ten scientific groups that “first they make people laugh and then they make them think”.

The winners, in keeping with the fun nature of these satirical awards, received, at a virtual gala, a paper trophy for the winners themselves to assemble and a 10 trillion Zimbabwe dollar bill (currency no longer in currency and of little value).

After doubting that his award was worthy of an award of this type – something that he assures happens to more winners – the researcher and his team got down to work to prepare the thank you video that they recorded singing, dancing and playing with the guitar song All the chewing gum (all the gum) as a version of the All You Need is Love of the Beatles.