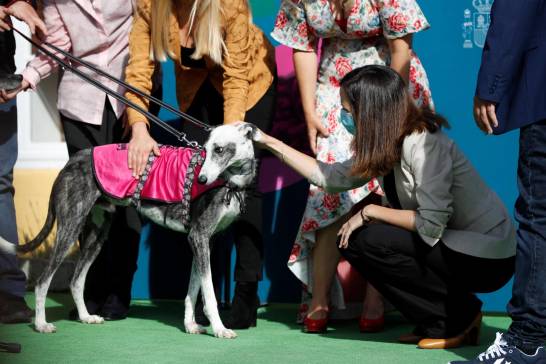 The Draft Law on the Protection and Rights of Animals, which yesterday opened its term of public information, provides for prohibiting the sale in stores, establishing courses to facilitate responsible ownership and allowing the removal of a pet from its owner if the owner does not guarantee their rights and healthy development.

With a sanctioning regime that can reach up to 600.000 euros For very serious offenses, it also provides accessory measures for non-compliance that can lead to the confiscation of the animal and its delivery to a protection entity.

Key points of the new law

The text includes other novelties regarding Animal Protection, such as the requirement that pet owners pass a training course that facilitates a “responsible ownership of the animal” and that they sign a liability insurance.

Through this training, it is intended that the owner develop basic knowledge “in the handling, care and keeping of animals.”

Other points introduced by the new legislation are the prohibition to sacrifice pets, except for “health or euthanasia reasons”, or the impediment of using them as advertising claim if there is no prior authorization.

In addition, it remains its integration in exhibitions is prohibited of nativity scenes, cavalcades or processions “where the animal is kept in an unnatural way”.

To facilitate this interpretation, the draft proposes the creation of a positive list of species that can be considered companion animals and that respond to four criteria: animal welfare, management and breeding, environment and health and people safety.

On the other hand, it establishes in three days the maximum time that can be left Unsupervised to any pet, although it mentions that, in the case of dogs, this period may not exceed 24 consecutive hours.

Likewise, the preliminary draft regulates the access to transport public and private to those pets that “do not constitute a risk to people” and establishes that taxi drivers and VTC who accept them in their vehicles have “the right to receive a supplement” previously established by the competent authority.

Public establishments that do not allow the entry of animals must place a sign visible from the outside that indicates it.

In this sense, it highlights that public and private establishments such as hotel accommodations, beaches, restaurants or bars that do not allow the entry and stay of animals must show it through a indicative “Visible from the outside” to point it out.

Regarding its commercialization, and in the event that the future law is approved with its current wording, it will remain the sale of species in pet shops is prohibited, as well as its exhibition and exposure to the public for commercial purposes, excluding fish.

In addition, the person responsible for an animal will assume the possible damages that it could cause to other people, animals or things, to the roads or public spaces and to the natural environment.