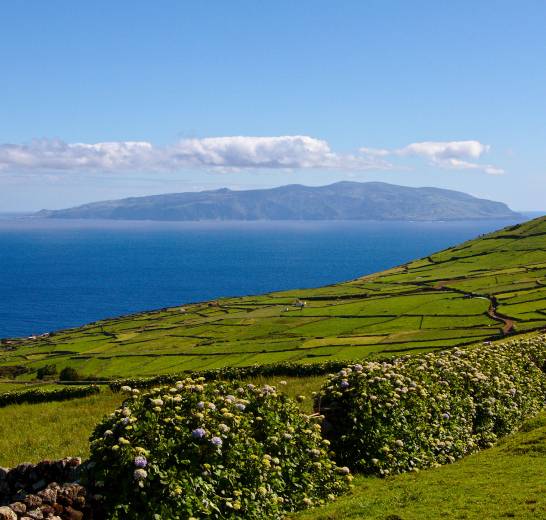 The first settlers of the Azores islands They arrived in the archipelago 700 years before the first Portuguese did, which, according to the official chronology, was in the 15th century. This is one of the main conclusions of a new study carried out by an international and multidisciplinary team of scientists that has had the participation of the Higher Council for Scientific Research (CSIC).

The work, published in the magazine PNAS, reconstructs when, how and under what climatic conditions the Azores were inhabited for the first time and the impact that these first human settlements had on ecosystems based on the analysis and sediment dating extracted from different lakes of the islands. The authors of the study also suggest that these first colonizers came from northern Europe and that they would have taken advantage of favorable climatic conditions to navigate to these volcanic islands about 1,450 km from the European coast.

Until now, there was a consensus that the Azores were uninhabited until the arrival of the Portuguese. According to the available historical sources, these arrived at the Santa Maria island in 1427 and to the island of Corvo and Flores in 1452 looking for new routes to the Indies. The published work now places the arrival of the first settlers on the island at the end of the High Middle Ages, between 700 and 850 AD.

The published work now places the arrival of the first settlers on the island at the end of the High Middle Ages, between 700 and 850 of our era.

As explained Santiago Giralt, researcher at Geosciences Barcelona (GEO3BCN-CSIC) and one of the authors of the article, “The work shows that, even with abundant historical information available that allows a very precise idea of ​​what happened in the past, it is necessary to promote interdisciplinary work between the Humanities and the Natural Sciences, to really know what has been our history”.

The researchers dated and analyzed using techniques geological, chemical, physical and biological five sediment cores recovered from the bottom of the lakes of the islands of San Miguel, Pico, Terceira, Flores and Corvo. They detected in the sediments the presence of sterols, which are a very abundant fraction of organic matter in the feces of mammals, and of coprophilic fungi, which they interpreted as indicators of human activity.

“The intestines of mammals produce in abundance fecal sterols and stanols that are well preserved in lake sediments, and are a unique and unequivocal indicator of the presence of large mammals in certain periods of the past”, he explains. Timothy Shanahang, scientist at the University of Texas at Austin (USA) and co-author of the work. “Furthermore, the compounds produced by human intestines (rich in coprostanol) and cattle (rich in stigmastanol) are different, allowing us to distinguish between them.”

“Due to their geographical position, in the center of the Atlantic Ocean, the Azores islands were not populated by large mammals,” he explains. Giralt. “Therefore, the appearance of coprostanol in sediments can be attributed to the presence of humans and that of stigmastanol to ruminants, such as cows, goats or sheep.”

Researchers have also been able to characterize the impact of the first human occupations on the ecosystems of the islands from the study of pollen, plant fossil fragments and carbon particles present in sediments.

“As we demonstrate in this work, the initial human occupation of the islands led to profound ecological and environmental alteration. Although historical sources describe the Azores as densely forested and pristine, the work highlights the difficulty of relying solely on the record history to identify certain states of alteration of ecosystems and the landscape “, explains Pedro Raposeiro, researcher at the University of the Azores and first author of the article.

Researchers have also been able to characterize the impact of the first human occupations on the ecosystems of the islands from the study of pollen, fossil plant fragments and carbon particles present in sediments.

The authors of the work also carried out different simulations to determine the prevailing climatic conditions under which the initial colonization of the archipelago took place.

In accordance with these simulations, and with other previous archaeological and genetic studies, the authors of the work suggest that the first inhabitants were members of the Nordic European peoples of northeastern Europe. They found favorable climatic conditions to sail towards the Azores during the end of the High Middle Ages, due to the prevalence of northeast winds and weakened westerly winds.

“Due to the rotation of the Earth, the Atlantic Ocean is dominated by winds from the west that strengthen or weaken depending on the main climatic mode that governs the atmospheric circulation of the northern hemisphere and that is the North Atlantic Oscillation (NAO). The NAO is in turn modulated by another climatic mode, the East Atlantic pattern (EA), which makes the north component winds more or less intense ”, he explains. Giralt.