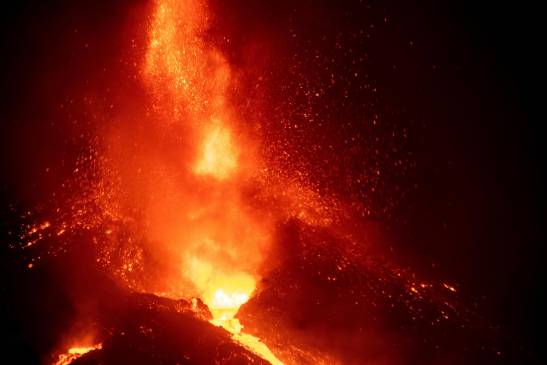 Part of the volcano cone collapses and effusive activity increases

The cone The main volcano of La Palma suffered a partial collapse of its structure in the late afternoon of this Sunday. At the same time, effusive activity has increased, with the emission of fluid lava, reported the Canary Islands Volcanological Institute.

According to information provided by the forward command post, the partial collapse occurred around 9:10 p.m. and, apparently, some of the eruptive mouths They’ve united.

A greater flow of lava outflow is observed, but it runs through the same channel that there was until now. At the moment no new affectations have been observed for this reason.

There is a greater flow of lava outflow, but it runs through the same channel that had been until now

Carmen Lopez, of the National Geographic Institute (IGN), has explained to Efe that episodes of this type have occurred and will continue to occur throughout the eruptive process.

In addition, the expert has referred to the images that the drones that fly over the cone will provide in the next few hours to determine with more attitude if that lava comes from the leaks or from the cone itself, whose activity is eminently strombolian.

This same morning it advanced that the morphology of the cone changes constantly and that in the last hours it had been observed more widening and plugging.