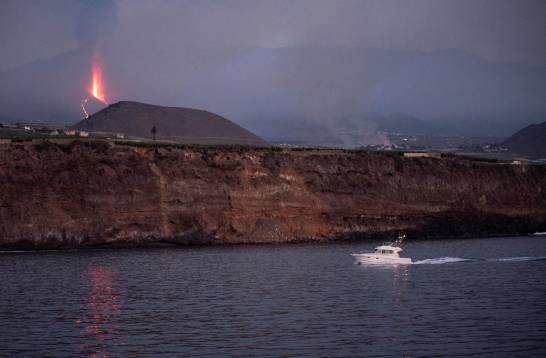 The management of the Canary Islands Volcanic Risk Prevention Plan, Singer, has ordered the confinement of several population centers of the municipality of Tazacorte given the possibility that the lava from the volcanic eruption of La Palma, which began on Sunday, September 19, reaches the sea in the next few hours.

In anticipation of possible emanations of harmful gases, the confinement of San Borondón, Marina Alta, Marina Baja and La Condesa has been ordered.

The residents of San Borondón, Marina Alta, Marina Baja and La Condesa must remain in their homes with doors and windows closed

The Pevolca indicates that the population should follow the indications and remain in their homes with doors and windows closed until tomorrow the situation is evaluated.

It also advises staying informed through official channels and the media.

The lava flow has already passed the Todoque neighborhood and is located 1.6 kilometers from the coast, according to the latest forecast made by Pevolca.