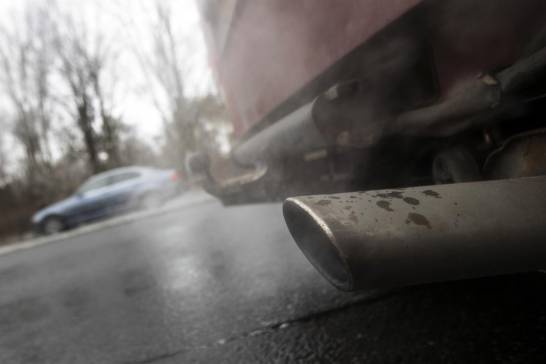 The atmospheric pollution, which causes about seven million deaths annually in the world, is still most damaging than scientists believed 15 years ago, and therefore the World Health Organization (WHO) has decided to issue new air quality recommendations, more stringent than up to now.

The new scales, presented by the Director-General of WHO, Tedros Adhanom Ghebreyesus, and by the director of the Department of Environment, Climate Change and Health of the WHO, the Spanish Maria Neira, lower most of the recommended levels of pollutants in the air with respect to those previously established, of 2005.

“We have seen through the years, with the accumulated evidence, that the damage to health exists even at lower levels of exposure than we thought 15 years ago, for this reason we have lowered them radically,” said Neira in the press conference to present the new guide.

2.5 micron particles, the most dangerous

This is the case of suspended particles with a diameter less than 2.5 microns (PM 2.5), considered the most dangerous pollutant for humans: until now the WHO recommended less than 25 micrograms per cubic meter of air in a day, while now it lowers the level to less than 15 micrograms.

To put it in perspective, the city of Beijing, one of the most polluted in the world, frequently wakes up with levels above 500 micrograms per cubic meter, and on exceptionally bad days of smog has exceeded 1,000 micrograms.

For slightly larger particles, up to 10 microns in diameter (PM 10), the WHO lowers its recommended daily level from 50 micrograms to 45 per cubic meter of area.

The two types of microparticles, PM 2.5 and PM 10, usually come from the burning of fossil fuels and are especially dangerous to health to power penetrate the lungsAlthough the former are the most harmful, since given their small size they can reach the bloodstream, warns the WHO.

Suspended particles with a diameter of less than 2.5 microns are considered the most dangerous pollutant for humans.

WHO has also lowered the recommended level of nitrogen dioxide (40 to 10 micrograms per cubic meter, as an annual daily average), and also suggests maintaining the concentration of carbon monoxide in a day below 4 micrograms, when in 2005 it had not established any scale regarding this substance.

The new guide, however, maintains the concentration of ozone recommended in 2005 (100 micrograms maximum in an eight-hour period) and even raises the tolerable amount of sulfur dioxide (20 to 40 micrograms in a day), despite being one of the main substances causing the acid rain.

The recommendations seek to reduce serious effects of all these substances in our Health, since, according to Neira, a 80% of deaths caused mainly by PM 2.5 particles, between five and six million, could be avoided if these scales are met.

“Inhaling polluted air increases the risk of respiratory diseases such as pneumonia, asthma or chronic obstructive pulmonary disease, in addition to increasing the risk of contracting serious forms of covid-19, cancer or serious heart problems,” said the director general of the WHO.

Tedros expressed hope that the recommendations, while not required by law, “have great public health implications and are a practical tool to improve air quality around the world.”

The head of the WHO stressed that improving air quality is also a way to fight climate change, and in that sense clarified that the recommendations “come at an important time”, a few months after world leaders meet back in the annual conference to stop global warming.

According to the WHO, pollution is together with global warming one of the greatest threats to human health

According to the WHO, pollution is together with global warming one of the major threats to the health of the human being.

Improving air quality, something that can be achieved by reducing greenhouse gas emissions, can help climate change mitigation efforts.

Although the recommendations are aimed especially at sectors such as the political, economic or academic, Neira and other experts recalled that citizens can also help reduce pollution, with simple gestures such as greater use of public transport or using cleaner energies in the kitchen or the heating.

The task of reducing pollution will not be easy on a planet where a 90% of the population lives in areas with excess pollution in the atmosphere, even taking into account the more ‘benevolent’ scales of 2005.

In view of this, the WHO has issued intermediate objectives to reduce pollution levels, with a view to ensuring that in the medium or long term the countries reach the optimum set in the guide presented today.