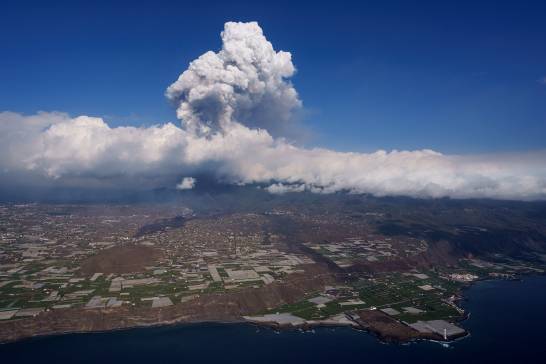 A new eruptive mouth opens on the La Palma volcano

The direction of the Special Plan for Civil Protection against Volcanic Risk (Pevolca) has begun to evacuate the population that still remained in the neighborhoods of Tajuya, Tacande de Arriba and Tacande de Abajo, in La Palma, due to the increase in explosive phenomena in the volcano and after opening a new mouth.

Those three neighborhoods, the closest to the eruption outside the perimeter evacuated in previous days, had received an order to confine the population indoors.

In a message issued by the 112 of the Canary Islands, Pevolca explains that the explosiveness of the eruption that began on Sunday has intensified, the expulsion of pyroclastic material has increased and the emission of ash is becoming stronger.

The explosions that arise from the volcano and the volume of ash emission has intensified, which has led the airlines that operate connections with La Palma from other islands to suspend their flights temporarily.