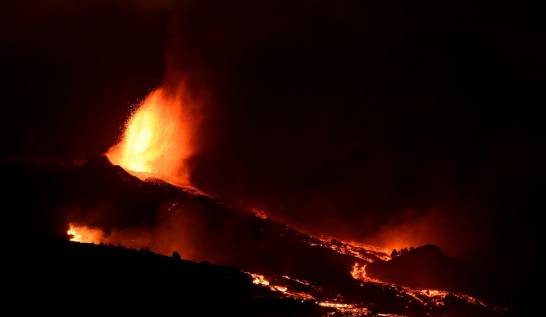 The volcano that emerged on Sunday in La Palma has since last night with a new eruptive mouth in the vicinity of the town of Tacande, in El Paso, which has forced evacuations to expand, reports EFE.

According to the information received by the steering committee of the Canary Islands Special Protection Plan against Volcanic Risk (Singer), the new mouth of the volcano has opened about 900 meters from the main one, so the population has been asked to also move away from that place.

Until yesterday, there were more than 5,500 evacuated neighbors of their homes because of their proximity to the eruption zone or because their properties are on the path that the lava will foreseeably follow.

This eruption, the eighth that La Palma has experienced in historical times, since the 15th century, erupts from two fissures aligned from north to south and separated from each other about 200 meters, with several emission points, as detailed by the scientific committee that follows the emergency.

Tacande is a town with 704 inhabitants. 112 has not been able to specify how many of them are going to be evicted from their homes, but insists that the evacuation follows precautionary criteria.