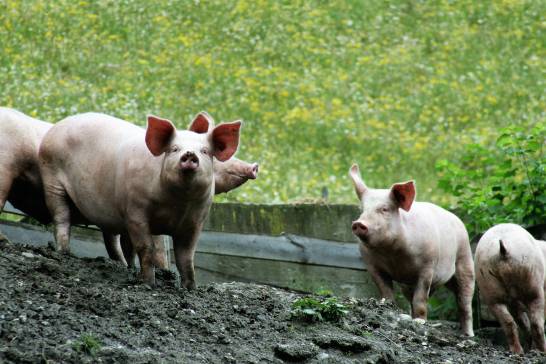 So far the emissions of greenhouse gases coming from the farming, the forestry and land use, and other food-related subsectors, could not be accurately assessed. Data were sparse, spatially inaccurate, and methodologically inconsistent across different agricultural subsectors.

In a new study, published in the journal Nature Food, an international team of scientists, led by the University of Illinois in the USA, has developed a single, coherent and unified data modeling framework to estimate global CO emissions2, methane and nitrous oxide from human food of plant and animal origin.

Of all emissions from the food sector, 57% correspond to the production of food of animal origin and 29% to that of plant origin

The results, which have estimated the emissions in 2010 of 171 crops and 16 livestock products with data from 200 countries, reveal that world food production is responsible for greenhouse gas emissions equivalent to 17,318 million metric tons of CO2 per year, of which 57% corresponds to the production of food of animal origin, 29% to that of vegetable origin and 14% to other uses, such as rubber and cotton.

“We have considered all the sources and sinks of greenhouse gases from all the subsectors related to the production and consumption of foodincluding the transport, the import, the export and the storage of food ”, explains to SINC Atul K. Jain, lead author of the work and researcher at the American university.

The study made it possible to calculate these concentrations at specific locations in a number of subsectors that had not been taken into account in previous studies, such as net CO emissions.2 (sources minus sinks) from the management practices of the agricultural land (soil plowing, crop planting, fertilization, irrigation, grain collection and recovery of crop residues).

Thus, the estimated emissions of the food sector would represent 35% of this total emission produced by humans, taking into account that according to the V Assessment Report of the Intergovernmental Panel of Experts on Climate Change (IPCC, for its acronym in English) , total greenhouse gas emissions were 49 billion metric tons of CO2 per year in 2010.

“With the current demographic and economic growth, we expect that the global demand for food will increase in the future, which will expand the food subsectors, and therefore will lead to increased emissions and contribute to climate change. ”, Adds the expert.

The livestock sector, the most polluting

According to the research, the meat of bovine –With 25% of the total emissions related to food– it is the food of animal origin that contributes the most, followed by Cow milk (8%) and the meat of pork (7 %).

Regarding foods of plant origin, rice (12%) is the one that contributes the most, followed by wheat (5%) and sugar cane (2%)

Regarding foods of plant origin, the rice (12%) is the one that contributes the most, followed by wheat (5%) and cane sugar (2 %). In addition, “within the four main subsectors, agricultural land management activities (38%) are the largest contributors,” Jain emphasizes.

How to reduce emissions from this sector

Scientists point out that many practices from a production point of view to limit these emissions and follow climate mitigation strategies. “The reduction of tillage or no tillage could minimize soil disturbance and, therefore, reduce emissions”, the scientist gives as an example.

Scientists note that many practices can be adopted from a production point of view to limit these emissions and pursue climate mitigation strategies.

Another example is the improved management of crop residues, such as the practice of returning residues to the field. In many countries, farmers directly burn crop residues, causing both greenhouse gas emissions and air pollution.