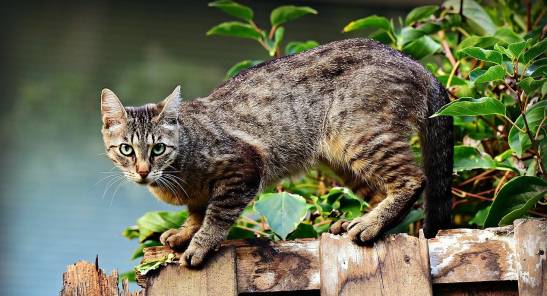 The formation of coat patterns, such as the tabby, in domestic cats is determined by specific molecules present during the embryonic stage. This is indicated by a study, published in Nature Communications, led by researcher Gregory Barsh, of the HudsonAlpha Institute for Biotechnology (USA), which has recorded the process by which identical skin cells acquire genetic signatures different. This fact makes it possible for different hair color patterns to be generated, the patterns of which define diversity in cats and many other mammals.

The formation of coat patterns, such as the tabby, in domestic cats is determined by specific molecules present during the embryonic stage.

In previous works it was shown that color variations of domestic cats appear during hair growth, when groups of adjacent hair follicles produce different types of melanin pigment. However, the process that determines whether a hair follicle produces black or yellow melanin remains unclear.

The team collected skin samples from cat embryos at different stages of development, and analyzed tissue proteins as well as individual cell genes obtained from it.

The color pattern is determined by the Dkk4 gene

The authors observed that during the embryonic phase, differences in gene expression determine the shape of the subsequently generated color pattern. According to the work, a signaling molecule, encoded by the gene Stubborn 4 (Dkk4), plays a central role in the color pattern formation process.

It has also been discovered that a mutation in this gene is responsible for the marbled appearance of some cats, which occurs in breeds such as the Abisinio or the Savannah Servalino.

Although this research focused on domestic cats, the scientists suggest that their findings would also explain the formation of color patterns that occur in other felines, such as leopards and tigers, as well as other mammals.