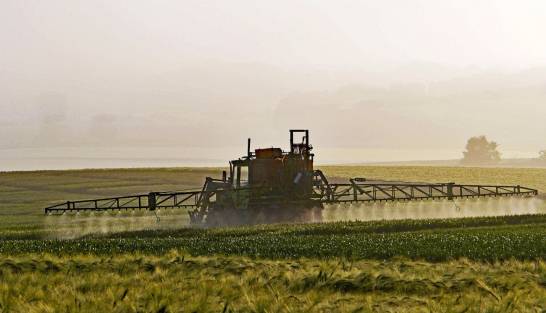 A study carried out by the Institute for Environmental Diagnosis and Water Studies (IDAEA-CSIC) in collaboration with the Swedish University of Agricultural Sciences (SLU) has discovered 24 new substances derived from pesticide degradation that have never before been detected in the environment to date.

The work, published in the magazine Environmental Science & Technology, shows how, despite the European Union regulations for the control of pesticides in agriculture, there are a large number of those substances in the environment whose toxic effects can even exceed those of the original pesticides that are regulated.

These transformation products are substances derived from the degradation of pesticides and are formed from chemical reactions once they have been applied.

These transformation products are substances derived from the degradation of pesticides and are formed from chemical reactions once they have been applied.

“The quantities found may pose a clear environmental risk considering the toxicity of these substances. These compounds have a greater dispersion capacity than the original pesticides and can reach the aquifers from which drinking water is extracted. This capacity, together with the fact that its presence in the environment is not monitored, can represent a risk to human health ”, indicates the researcher Pablo Gago Ferrero, Project coordinator.

Analytical chemistry and new methodology to detect them

The research has used a novel methodology for the detection of these substances used in Sweden. The work has combined analytical chemistry to identify new pesticide transformation products, even at minimal concentrations in the environment, together with a systematic review of the distribution of pesticides in the territory carried out by the European programs of environmental monitoring.

“A large part of the new by-products detected exceeded the concentrations of the original pesticides from which they were formed, with higher estimated toxicities. This study shows that, despite the existence of powerful environmental control systems, substances with harmful effects in the environment ”, he points out Gago ferrero.

In some cases, the original pesticide is not detected in the field. This can lead to the mistaken belief that the pesticide is not present and that therefore there is no problem. However, the transformation products of these pesticides are present.

“Most of these products have never been monitored in the environment. Also, they weren’t listed in any database. As a result of this study, these compounds have been added to the PubChem database and their identification will be easy from now on ”, clarifies the researcher. Gago ferrero.

Some of these new substances have already been included in the control systems Scandinavians and demonstrate the need to extend this initiative to other countries. This is especially relevant for countries with great agricultural activity, such as Spain, where pesticides are used intensively and it is necessary to know what by-products are being formed, as well as their potential harmful effects for proper control and prevention of associated risks.